For Jack's soccer game, we went out to Rancho Murieta. This is about a 45 minute drive from our house and it seems like a long way to go for an under 6 recreational league game. Jack scored another hat trick! He had three goals on seven shots. His team ended up losing 5 to 4.

It was an odd field. The field was very short; the shortest I have ever seen. Nevertheless, the goals were pretty big for six year olds. The big goals on a short field led to a lot of goals. 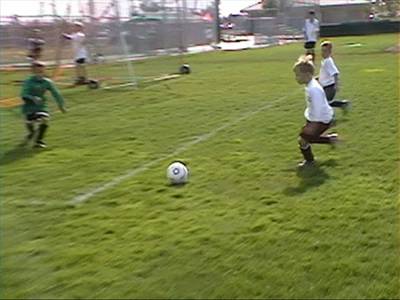 One the way back, we stopped at Davis Ranch in Sloughhouse. Sharon filled up the truck with pumpkins and cornstalks to use in decorating the house.