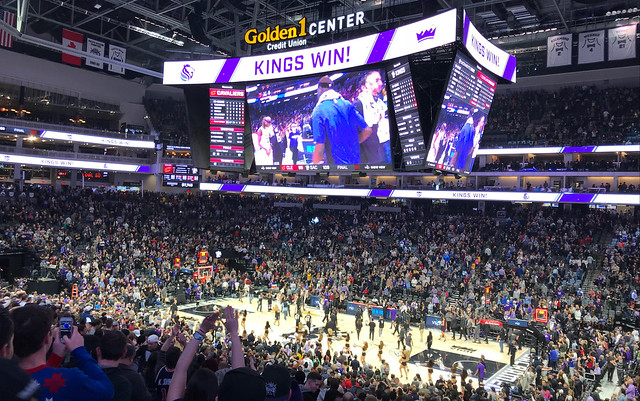 Parking at the Plaza 555 garage across the street from the Golden 1 Center, Jack, Drew, Sharon and I went to dinner at House Kitchen & Bar. Snipes rolled up just as we were finishing dinner. 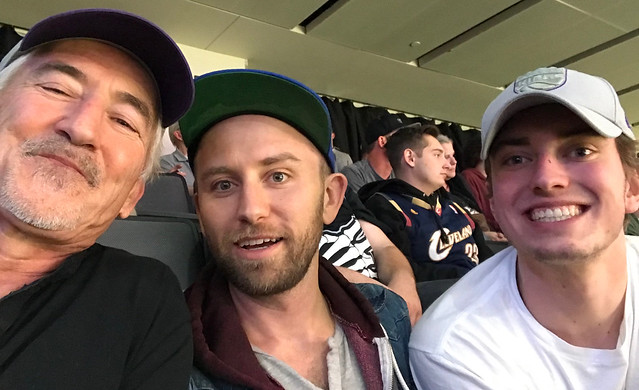 From there, we went to the Sacramento Kings versus Cleveland Cavaliers NBA basketball game. Opening a lead in the fourth quarter, the Kings won the game by the score of 109 to 95.

We had seats 3, 4, 5 and 6 in row U of section 118. Sitting at the back of the lower deck, I was pleasantly surprised at the view from the seats.

Vince Carter was the Kings leading scorer. He had 24 points on 10 for 12 from the field and 4 for 5 from three. Carter had no free throw attempts?!? I continue to be impressed with Bogdan Bogdanovic; he had 16 points and was 3 for 6 from three.

We visited with Hunter and Snipes in the concourse at halftime.