Jack and I went to the Sacramento Kings versus Dallas Mavericks game. This was a very entertaining game with the Kings winning by a score of 85 to 80. The game was close during the second half with the Kings leading, but the Mavs tying the score on several occasions.

The win pushed the Kings into the eighth play-off position in the Western Conference and marked the first time that their record has been over .500 since the beginning of the season.

Through most of the second half, Artest covered Nowitzki. Nowitzki ended up with 24 points, but was unable to take over the game like he did in December when we saw the Mavs beat the Kings. 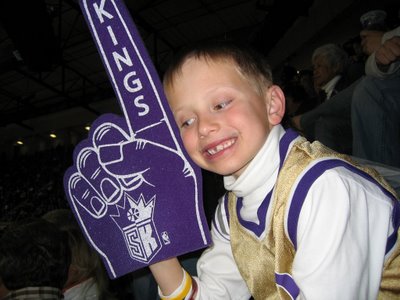