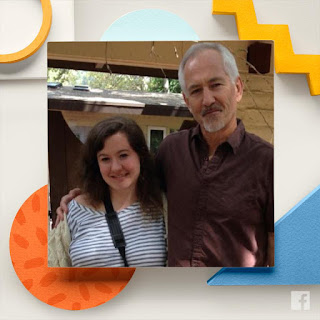 It has only been recently in the last fifteen years that I have started posting a consistent Father's Day note. After walking Tiber, Sharon and I headed to Arden Hills for a spin class. Afterwards, we shopped for groceries for the week.

The plan for the day was to head to the Arden Fair Mall to get me some sunglasses for Father's Day. I have had horrible luck keeping track of sunglasses in recent years. Jack went with us. With Sharon off shopping, I had a nice time wandering around the mall with Jack looking for a Sharks hat. I think that Jack has grown taller in the last year; I need to measure him again...

Following a lazy late afternoon watching the end of the US Open, Sharon made a great dinner of steak, potatoes and watermelon salad. I was rooting for Ricky Fowler to win, but Brooks Koepka ran away from the field. After dinner, Jack gave me a cast iron pan for cooking oysters.

Sharon and I finished the night watching the last two episodes of season four of House of Cards.