Up at 5:00 am, we were out of the house at 6:00 am. Jack dropped Sharon and I at the Southwest Terminal. We caught a 7:45 am flight from Sacramento to Seattle. Boarding A29 and A30, we were able to get the two seat exit row.

On the ground in Seattle, we caught the Link Light Rail from the airport to the University Street stop. We walked a couple of blocks to Wallen's office. We connected with Becky and dropped our luggage. 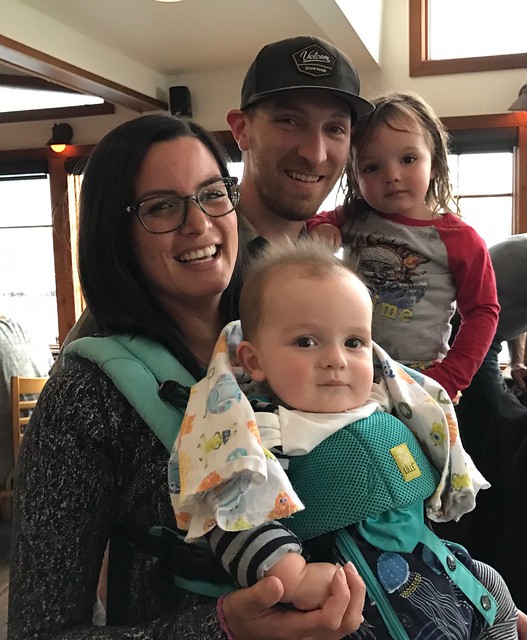 Researching places to have lunch in the week before the trip, Sharon picked Sitka & Spruce. It was about a 15 minute walk from Wallen's office up Pike Street to Capitol Hill. It was a very good lunch. We split a salad of raw asparagus, shaved rhubarb, pistachio oil and smoked egg emulsion and two entrees. The first entree was morels, sugar snaps, sea beans, a yolk and green garlic on fried toast, while the second was lamb sausage, pickled ramps, borani, spring legumes and sunflower seeds.

After lunch, we walked back to Wallen's office. He was back from his morning meeting. Collecting our luggage, we walked down to the Pike Public Market and bought some salmon and shrimp for Saturday night's dinner plus a couple of nice bottles of Oregon Pinot Noir.

We continued to the ferry building and caught the 3:00 pm ferry to Bremerton.

After getting settled at the Wallens, we headed to the Boat Shed to meet Nate, Sam and their kids. We had a nice dinner inside while it rained and hailed outside.

We finished the night around the fire pit on Phinney Bay. I ran out of gas fairly early and crashed. 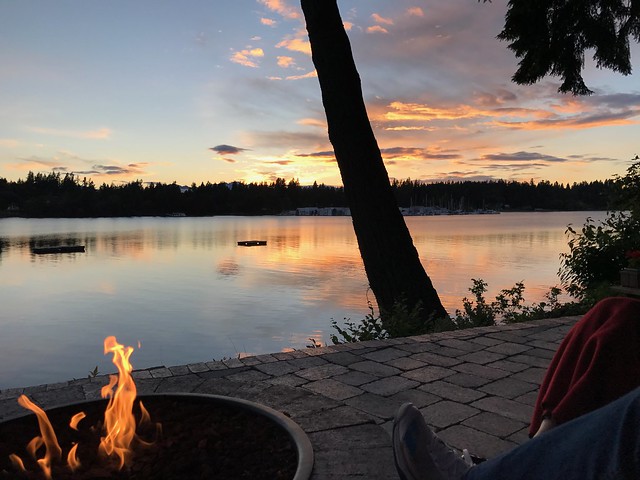