This was probably one of the most active days that I have ever had at Sea Ranch! 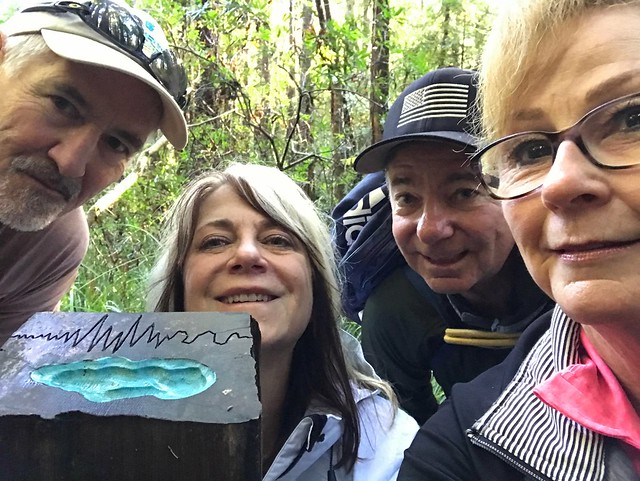 With Sharon sleeping until almost 8:20 am, I went out for a long run in the morning. I ran 6.5 miles north along the bluffs. The bluffs at Sea Ranch are one of my favorite places in the world to run.

Marlene made a nice breakfast casserole using a recipe that Donna had given her. After breakfast, we decided to hike across Highway 1 into the forest. We hiked up the Hugal Ravine trail to the Sag Pond Trail. We looped back along the Ridge Trail and down the Cluster and White Fir Trails to the road. In total, we covered almost five miles. We have never hiked east of Highway 1 before. There are some additional trails on the that side of the road that we need to explore on future trips. 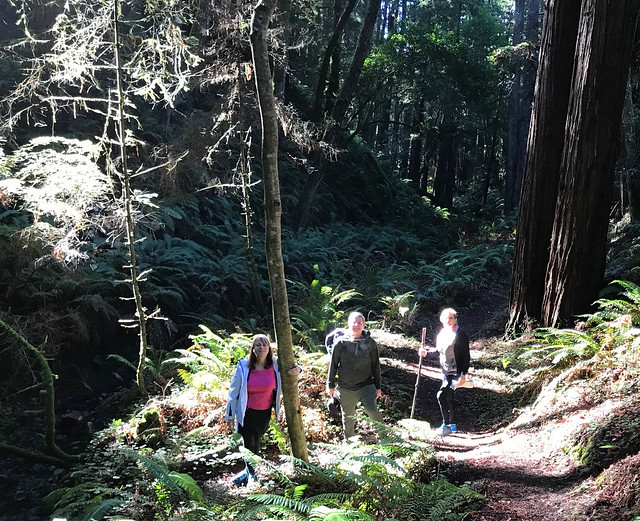 We passed a couple of sag ponds. They are created by earthquakes along the San Andreas Fault. The fault zone is 1 to 2 miles wide at Sea Ranch, with parallel strands or breaks.

After a couple of sandwiches for lunch, we decided to take the bikes up to the Sea Ranch Lodge. We sat at the bar and had a couple of adult beverages. I got a chance to watch a little of the Atlanta Falcons versus Minnesota Vikings NFL playoff game. It was a nice eight mile round trip on the bikes. Sharon was very excited to pass the sheep along the way.

Getting cleaned up, the plan for the evening was an early [6:15 pm] dinner at St. Orres. I had rack of boar, Sharon had rack of lamb and the Sanborns both had filets.

Rather than bringing a DVD like I have done in the past, I brought the AppleTV this year. Hooking it up, we ended up finishing the night watching Passengers.
By Heringer at 1/13/2018 11:59:00 PM