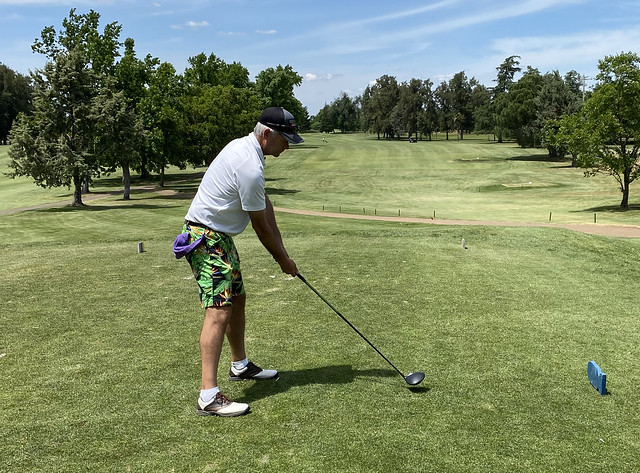 Sharon and I played golf with the Gainsleys at Mather on Friday afternoon. Unlike two weeks ago at Ancil Hoffman where it felt like I was struggling on every hole, I played pretty consistently. Admittedly, this is an easier course.

Social distancing is still in effect. Sharon and I each had our own golf course. At Mather, the cup on the green was raised up. All you had to do was hit the cup with the ball.

I ended up with a 105. Except for melting down on the 17th in the trees on the left side, I was striking the ball pretty well all day. Going away from the chipping style that I was trying to learn, my short game was marginally better. I only really had one chip that was a disaster.

I enjoyed the round immensely; we had a lot of fun. We will probably try to play Teal Bend with the Gainsleys in the next couple of weeks. 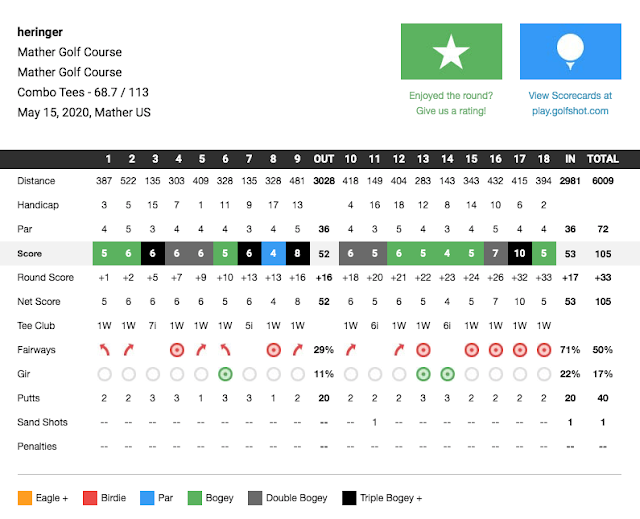