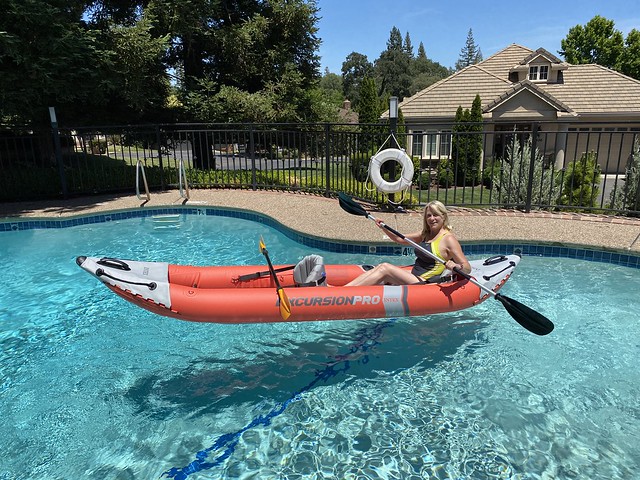 We have two kayaks: a single and a double.  The problem is that they are a lot of work to transport and take up a huge amount of space.  We have been talking for some time about getting inflatable kayaks like the Larkins have.

Sharon decided to get me a inflatable double kayak for Father's Day.  I set it up in the garage.  With the community pool open for the first day on Sunday, we carried the kayak across the cul-de-sac and dropped it in the pool.

My initial impression is very favorable.  We are going to look for a day in the next two weeks to take it out.

After running on the treadmill while watching the finale of season one of Saturday Night Live, I connected with Drew and Shannon and Jack to play Catan online.  We ended up playing two games over the course of almost two and a half hours.  It was a nice way to connect with them on Father's Day.  I have to admit that I was getting a little frustrated with the sensitivity of the trackpad on the device is was using...

Sharon and I finished the day with a nice dinner of swordfish fettuccine and an interesting episode of Succession [Season 2, Episode 5] 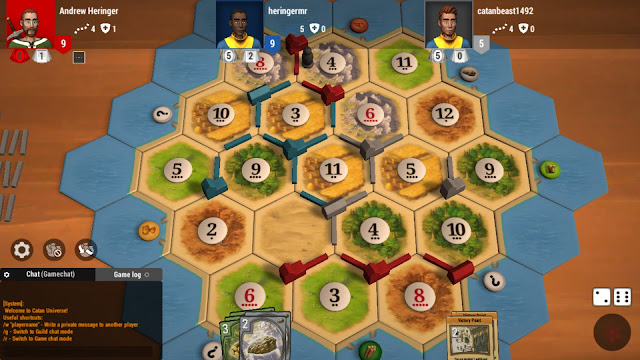