When we first moved to Elk Grove six years ago, we had Frontier DSL installed. I was thrilled with the DSL performance compared to the dial-up that we had been using at the Eastview House. As the years have gone on and the area has been built out with more homes, the Frontier DSL network performance has deteriorated. Sharon got increasingly frustrated with the time that it was taking to complete some large audio downloads that she does on a regular basis.

In June, I made a decision to switch to Comcast Cable for internet access. I am very pleased with the decision. There are a number of network speed testing tools available. I used a tool available from Vonage to compare the performance of the two services. The results are shown in the following graphs.

Click on the graph to see a larger copy! 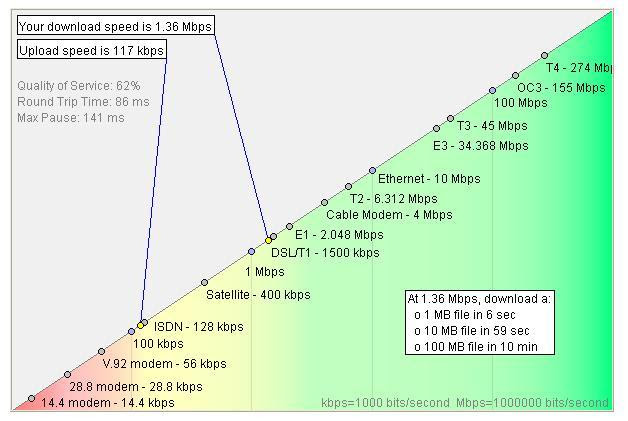 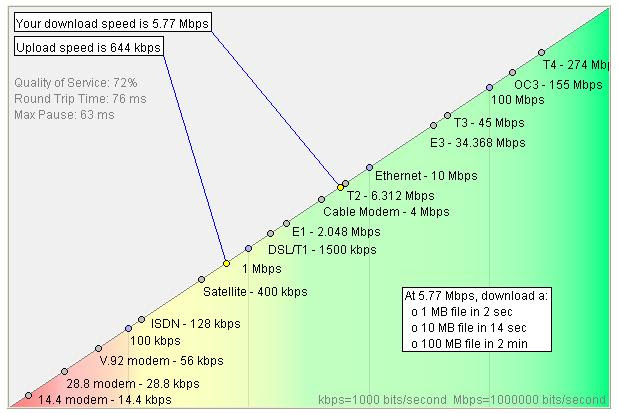 The real world difference between the two services is like night and day. When we tried to play video from any source (youtube, Google, CNN, ESPN..) with Frontier DSL, the video would start and stop as the playback ran faster than the download. With Comcast Cable, video from any source downloads quickly and plays smoothly. It opens up a whole new on-line world.