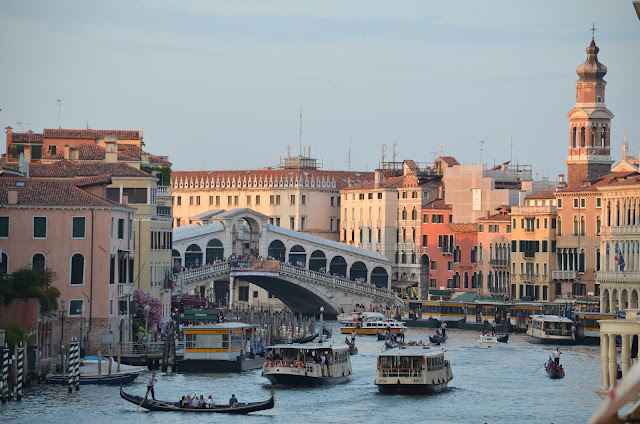 Friday was a four train day... Occasionally, we will plan a day during a trip that seems like a bad idea when we are faced with the reality of it. There was one particular day in our trip to France that I always use as the yardstick. Today's experience was different, but in some ways more difficult.

We got up at 4:00 a.m. We finished packing the room, dragged the luggage down three flights of stairs trying not to wake everyone in the place and pulled the 200 pounds of stuff about 1/4 mile to the train station.

The regional train was scheduled to arrive at 5:11 a.m. There was only one problem; we didn't have any tickets. I had walked down during dinner the previous night to buy some tickets, but the station was already closed. It was still closed at 5 a.m. in the morning. The only other passenger on the platform--a woman with a backpack from Colorado--said that she heard that they were not checking tickets.

We boarded the train when it arrived and rode the short 10 minutes to La Spezia. No one came to ask for tickets... I got us to jump on an earlier train to Parma. This was a two hour regional train. From there, we caught a one hour regional train to Bologna. Finally, we jumped on an hour plus train from Bologna to Venice.

Although Morgan was skepitcal that we were not going to make all of the connections, everything came off relatively smoothly. The biggest problem was trying to figure out what to do with the 200 pounds of luggage on the train to Venice. It was packed and I ended up stacking the luggage between cars.

When we got to Venice about 12:30 p.m., we took a water taxi from the front of the train station to the hotel. We are spending the next two nights at the Palazzo Sant'Angelo. This will be our nicest hotel of the trip. It is on the Grand Canal with view of the Rialto Bridge.

They had the rooms ready for us about 15 minutes after we arrived. The hotel sent us to a nice restaurant for lunch. Although I had been feeling pretty strong, I faded after some wine at lunch. I was literally falling asleep.

After lunch, we wandered towards St. Marks Square, around to the Rialto Bridge and then back to the hotel. Given that we had been up since 4:00 a.m., everyone crashed for a bit.

Sharon had made a reservation for a gondola to pick us up for the hotel at 7:30 p.m. Trying to get organized, there was a general meltdown. We had been on the road for two weeks and had a long day. Morgan and Jack reached a point where they were tired of being around each other. Neither has had this much experience dealing with each other in seven or eight years.

We eventually got everyone in the gondola. I enjoyed the gondola ride a great deal. It is a very, very unique experience.

Afterwards, Morgan crashed in the room. Sharon, Jack and I had a late dinner along the Grand Canal right next to the Rialto Bridge. Like usual, it was almost midnight by the time we got back to the room and got to bed. It was a long day. 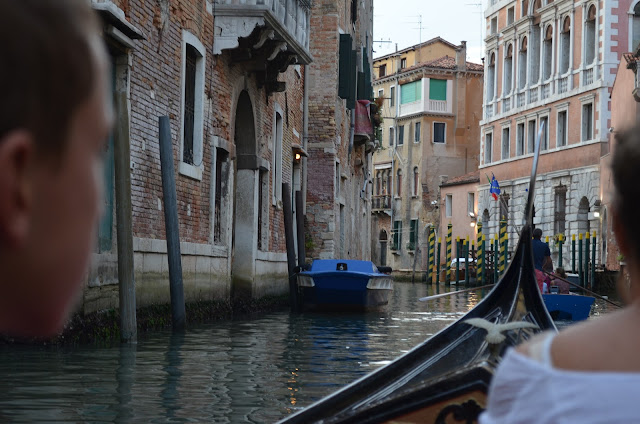 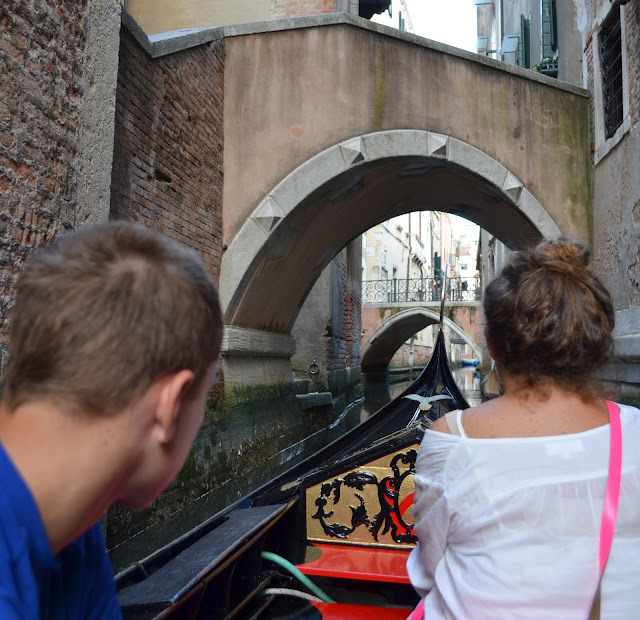