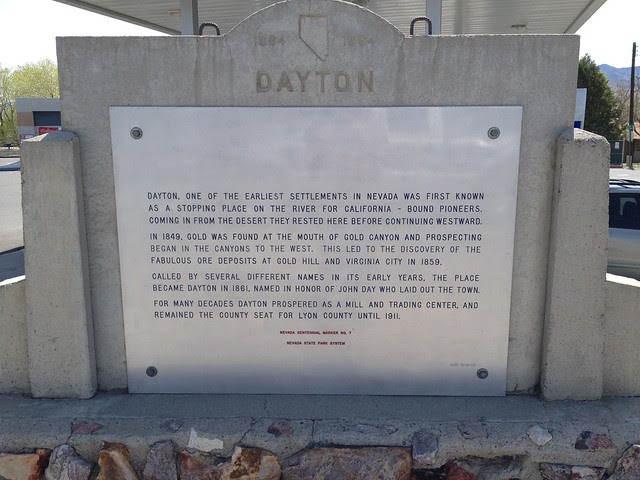 Dayton, one of the earliest settlements in Nevada was first known as a stopping place on the river for California-bound pioneers. Coming in from the desert they rested here before continuing westward.

In 1849, gold was found at the mouth of Gold Canyon and prospecting began in the canyons to the west. This led to the discovery of the fabulous ore deposits at Gold Hill and Virginia City in 1859.

Called by several different names in its early years, the place became Dayton in 1861, named in honor of John Day who laid out the town.

For many decades Dayton prospered as a mill and trading center and remained the county seat for Lyon County until 1911. 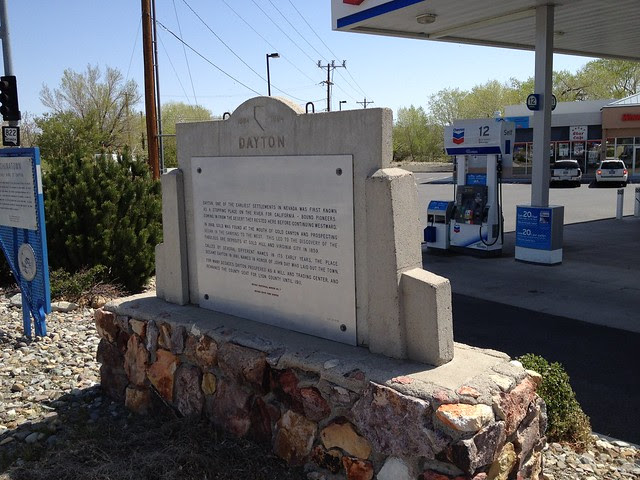