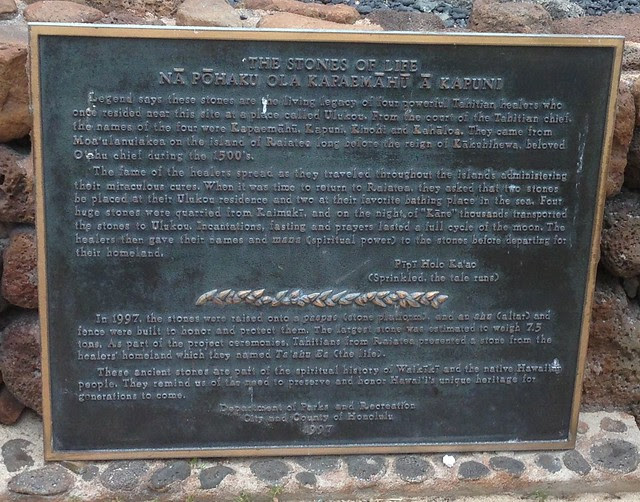 The Stones of Life
Legend says these stones are the living legacy of four powerful Tahitian healers who
once resided near this site at a place called Ulukou. From the court of the Tahitian chief
the names of the four were Kapaemahu, Kahaloa, Kapuni and Kinohi. They came from
Moa'ulanuiakea on the island of Raiatea long before the reign of Kakuhikewa, beloved
Oahu chief during the 1500's.
The fame of the healers spread as they traveled throughout the islands administering
their miraculous cures. When it was times to return to Raiatea, they asked that two stones
be placed at their Ulukou residence and two at their favorite bathing place in the sea. Four
huge stones were quarried from Kaimuki, and on the night of "Kane" thousands transported
the stones to Ulukou. Incntations, fasting and prayers lasted a full cycle of the moon. The
healers then gave their names and mana (spiritual power) to the stones before departing for
their homeland.
Pipi Holo Ka'ao
(Sprinkled, the tale runs)
In 1997, the stones were raised onto a paepae (stone platform), and an ahu (altar) and
fence were built to honor and protect them. The largest stone was estimated to weigh 7.5
tons. As part of the project ceremonies, Tahitians from Raiatea presented a stone from the
healers' homeland which they named Ta'ahu Ea (the life).
These ancient stones are part of the spiritual history of Waikiki and the native Hawaiian
people. They remind us of the need to preserve and honor Hawaii's unique heritage for
generations to come.
Department of Parks and Recreation
City and County of Honolulu
1997 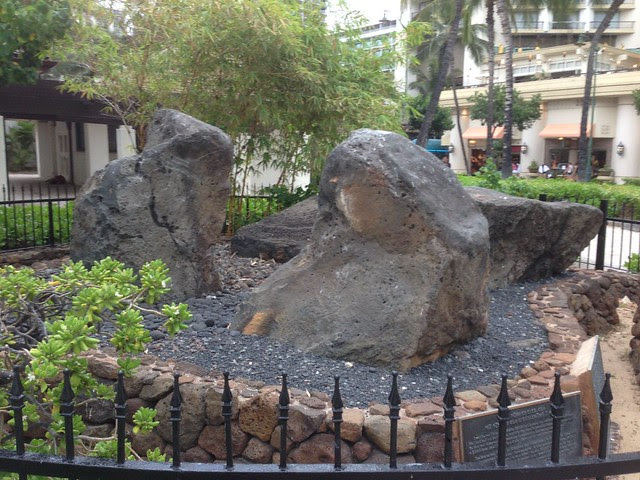 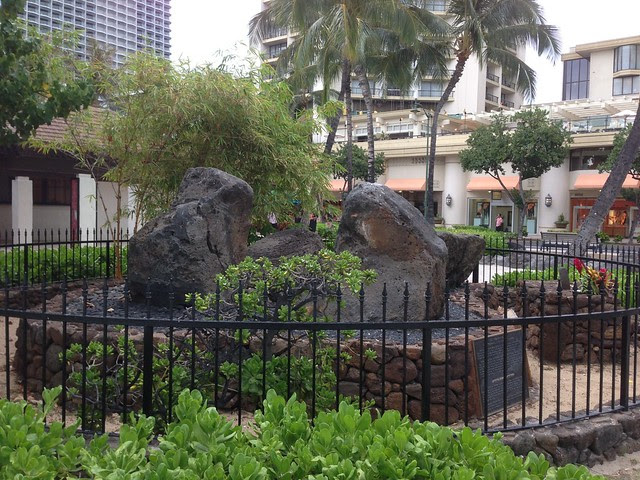