The plan for the day was to play eighteen holes of golf at The Sea Ranch Golf Links. After hitting on the range, we started off the first tee about 9:15 am. It was an interesting round. I shot a very liberally scored winter rules 103: a 50 on the front nine and a 53 on the back nine. Two years ago, I shot a 102 on the same course. 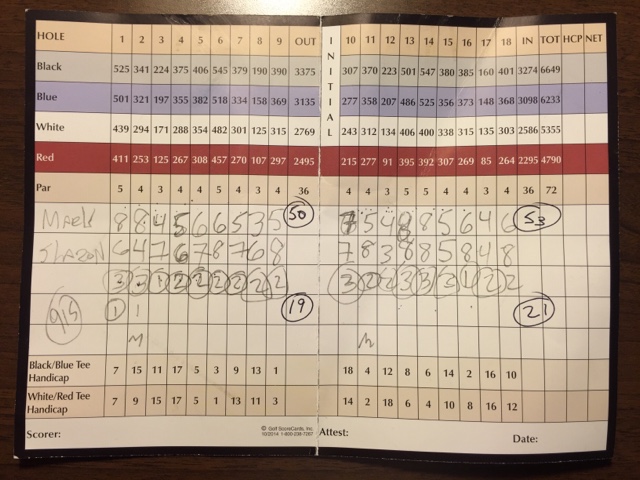 After a rocky start over the first two holes, I settled and played pretty well over the rest of the front nine. I had five bogeys and a par. I had a great tee shot over the ravine on the par three eight.

I struggled on the back nine. The back to back par fives were a mess...

I putted reasonably well. There was a stretch on the front nine where I actually felt confident in my putting; something I don't say very often. I had 40 putts; I three putted six greens, while I one putted the third and sixteenth.

We are playing pretty slow and let a number of groups play through. It was about 2:45 pm before we finished. The round took about 5 hours and 30 minutes. 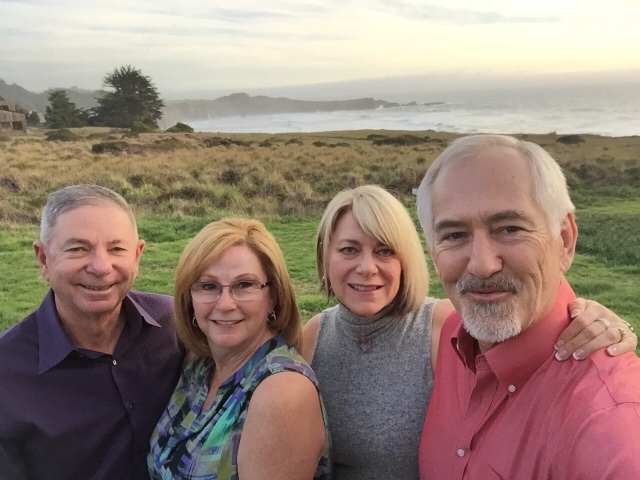 Heading back to the house and getting cleaned up, we headed to St. Orres for an early Valentines Day dinner. Sharon and Phil had the rack of lamb, while Marlene and I had the boar. The rack of lamb was a better choice. The boar was dry.