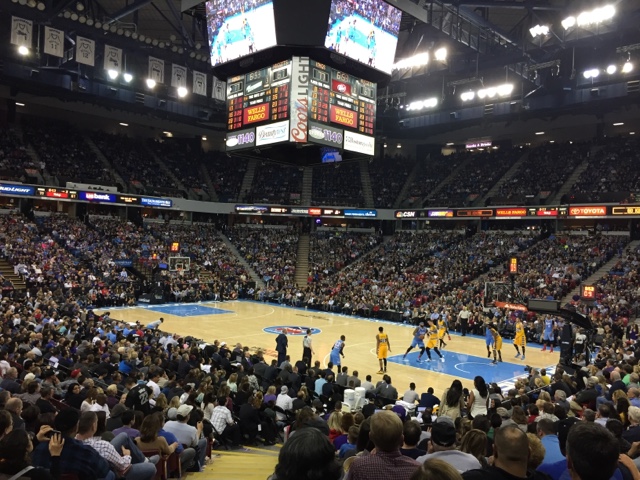 After dinner at Tuk Tuk, Sharon and I went to the Sacramento Kings versus Denver Nuggets NBA basketball game. Taking a lead early in the first quarter and never trailing again, the Kings won the game by the score of 116 to 110.

DeMarcus Cousins was the high scorer for the Kings. He had 37 points on 12 for 20 from the field, 1 for 1 from three and 12 for 15 from the free throw line. Cousins had 20 rebounds and 4 blocks. Rondo added 24 points and was one assist short of a triple double.

Danilo Gallinari was the high scorer for the Nuggets. He had 27 points on 6 for 11 from the field, 3 for 6 from three and 12 for 13 from the free throw line.

The Kings looked pretty sloppy. They had 22 turnovers. I was surprised to actually see Cousins running up and down the court!