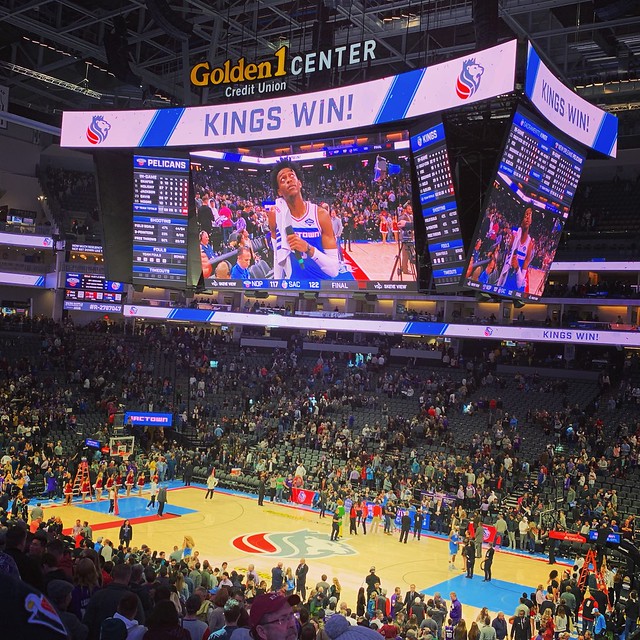 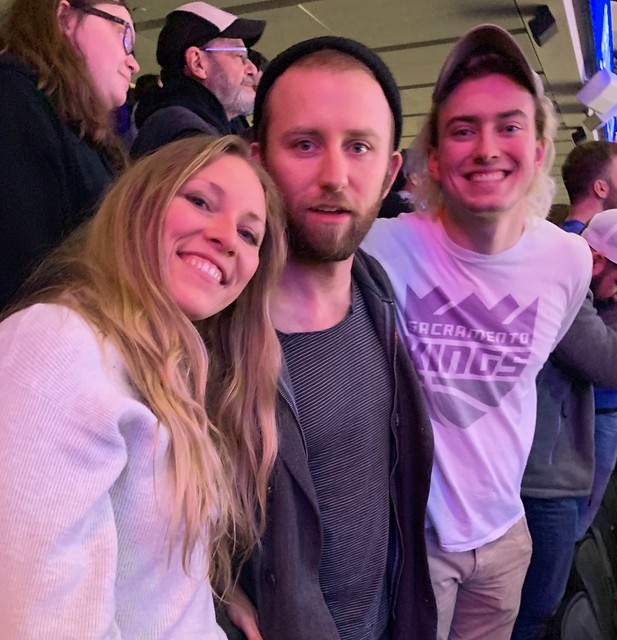 Sharon, Jack, Drew, Shannon and I went to the Sacramento Kings versus New Orleans Pelicans NBA game. Trailing by as much as 19 points in the first half, the Kings roared back in the fourth quarter to win the game by the score of 122 to 117.

The Kings leading scorer was Buddy Hield. He had 28 points on 11 for 18 from the the field, 6 for 11 from three and 0 for 1 from the free throw line. It seems like Hield has scored 28 points in every game for the last two weeks... Borden Bogdanovic added 24 points off the bench.

Jrue Holiday was the Pelicans leading scorer. He had 27 points on 12 for 21 from the field, 1 for 5 from three and 2 for 3 from the free throw line. For much of the game, it seemed like Holiday was walking into the paint and making a lay-up without anyone touching him. Anthony Davis added 26 points and 17 rebounds.

The Kings now have three wins and one loss in games that I have seen in person during the 2018-2019 season. My goal continues to be to see at last one game a month. With two games left in 2018, the Kings (18-15) are guaranteed of heading into the new year with a winning record for the first time since 2004-05.