Every year since 1996, we have gone to Sharon's parents on Halloween night. In the past years, the group of kids going out to trick and treat in the neighborhood where Sharon grew up has included Drew, Morgan, Eric, Erin, Kevin, Eileen and Jack. Every year, the group has gotten smaller as the older kids got involved in their own activities. This year, it was down to just Jack! We did run into Brun, Kim, Sara and Velta and went to a couple of houses with them. 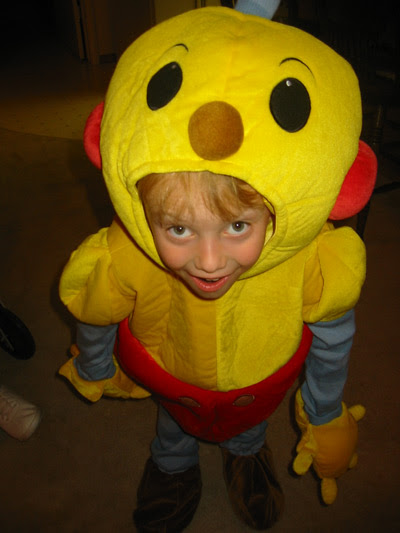 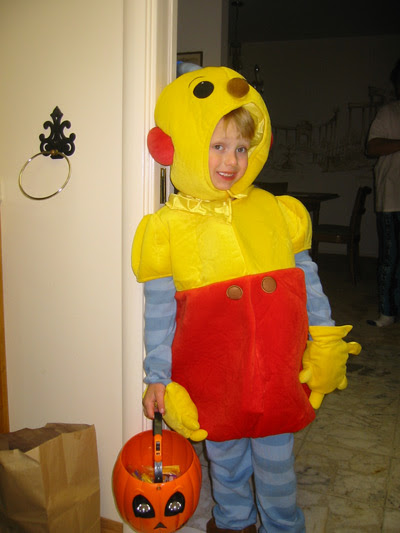 This Jack was Rollie Pollie Ollie. Last year in 2002, Jack was Billy, a character from the same cartoon. In 2001, Jack was a lion.