Jack played in his second baseball game of the 2007 season. He played shortstop for three innings and catcher for one inning. Jack made a couple of nice plays in the field, including fielding a grounder and tagging the runner trying to advance from second to third.

At the plate, he went 2 for 3. He grounded out to first, singled through the pitcher up the middle and had a nice line drive over the third baseman. 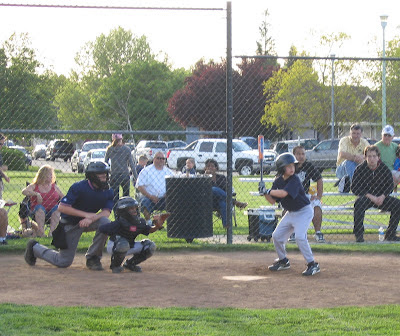