Jack played in his fifth baseball game of the 2007 season against the White Sox. He played shortstop for three innings and pitched two innings. At the plate, he was 1 for 3. He struck out in his first at bat, lined one to the right side and was just barely out as he and the first baseman raced to the base and singled on a soft pop-up in front of the third baseman. 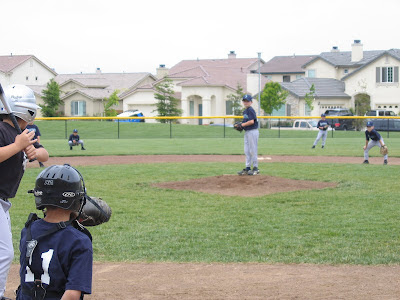