On our trip from Santa Fe to Taos along the Kings Road, we drove down into Cordova and stopped at one of the woodcarving shops. 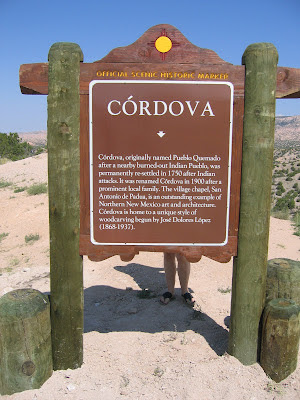 Originally named Pueblo Quemado, after an ancient burned-out Indian pueblo located nearby, Cordova was settled prior to 1748, but was abandoned due to Indian attacks. Permanently re-settled by 1750, the village was renamed Cordova after a prominent local family. The village chapel, San Antonio de Padua, is an outstanding example of Northern Mexico art and architecture. Cordova is home to a unique style of woodcarving begun by Jose Dolores Lopez (1868-1937). 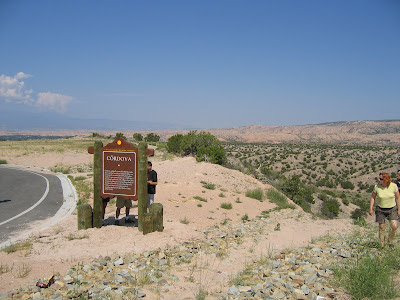