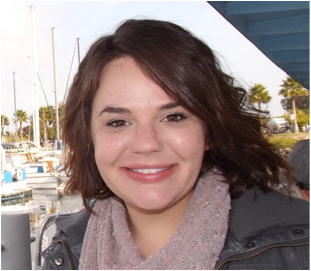 Anna, 25, was a child of the universe – a loving, generous and thoughtful sister, daughter, niece, cousin, friend and coworker who will be missed by all who knew her. Throughout her short life, Anna was unique in her continual efforts to be a better person – to be more understanding, more patient, more helpful to all individuals in her life. She loved her life and had many achievements for someone so young.

Anna graduated from Rancho Cotati High School in 2006. She excelled in scholastics and participated in many school clubs and activities. Anna loved her time on the Rancho Cotati swim team where she organized fund raisers and team activities. She was willing to swim a lap or two in order to be a part of the team. She never rose to the varsity level but because of her dedication to the team, she was elected captain by her teammates.

While at UC Berkeley, Anna was a dedicated student who developed a passion for urban planning and the politics of developing countries. This took her abroad to study in Mexico, where she lived with the Zapatistas. Anna loved her time living in a Berkeley Student Co-op, Casa Zimbabwe, where she is best remembered for her fun-loving, welcoming nature and the beautiful murals she made to decorate the house. UC Berkeley was a perfect fit for Anna as she embraced the liberal ideals as well as the independent thinking and action supported by most of her professors.

Anna was always willing to lend a supportive hand. Alongside her dad – Rick and sister - Gail, Anna volunteered her time to work with an international veterinary group, Compassion Without Borders. She made a number of trips to impoverished areas of Mexico to aid in medical and surgical camps.

After graduation from Berkeley, Anna worked for two years with Habitat for Humanity. Anna’s manager, Doug Stimpson, wrote “Anna had three qualities that made her a star: a hunger for new challenges, a sharp intellect and a desire to treat everyone she encountered with kindness and respect”. Through this work, she became inspired to learn more about Urban Planning in order to promote housing opportunities for lower income families.

Anna was attending a graduate program at University of Illinois, Chicago to achieve a Master’s Degree in Urban Planning and Policy. Through this program, she was able to identify her career path which would involve improvements in community development through policy change. According to Dr. Janet Smith, Anna’s major professor at UIC, “Anna’s commitment to affordable housing stems from a conviction grounded in social justice and the dignity of all human beings. She did not just believe that we needed more of it, but that it was foundational to a strong community and economy and our humanity.”

Anna is survived by her sisters and brother-in-law, Gail, Alexis and Nick, her father Rick and his family, Patty, Abby and Andrew, her mother Marsha and step dad, Andy, her treasured kitty, Ramon, in addition to other loving aunts, uncles and cousins.

If you would like to make a donation in Anna’s name, please consider Habitat for Humanity. Her family will also be setting up a scholarship program for individuals pursuing graduate degrees in urban planning. Contributions can be made to WestAmerica Bank in the name of Anna Bachman Memorial Fund.

There will be a memorial for Anna at the Sonoma Mountain Village Event Center at 1100 Valley House Drive in Rohnert Park on Sunday January 26th at 11:00 am. If you knew Anna or were impacted by her in any way, please come to celebrate her life with us.
By Heringer at 1/26/2014 11:00:00 AM