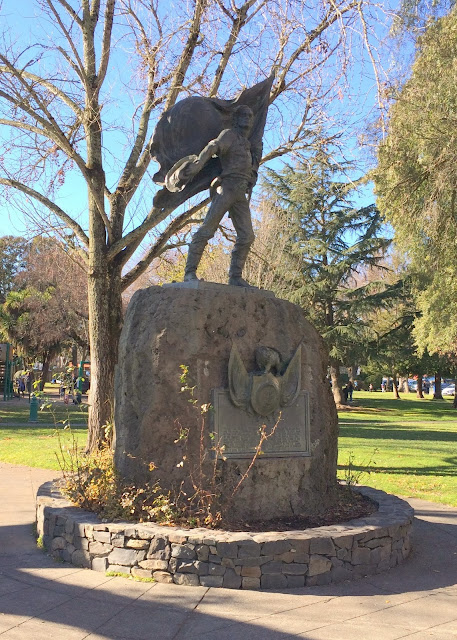 On June 14, 1846, the Bear Flag Party raised the Bear Flag on this spot and declared California free from Mexican rule. Following the raising of the American flag at Monterey July 7, 1846 by Commodore John Drake Sloat, on July 9 the Bear Flag was hauled down and the American flag raised in its place by Lieutenant Joseph W. Revere, U.S.A., who had been sent to Sonoma from San Francisco by Commander John B. Montgomery of the U.S. Sloop-of-War Portsmouth. 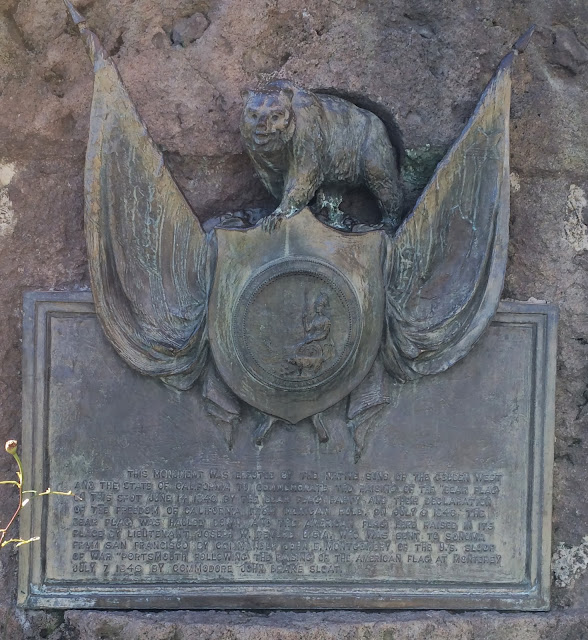 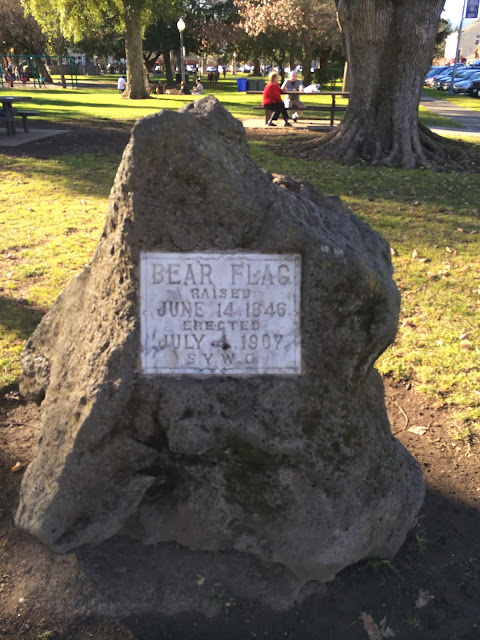