Spending the night in downtown Chicago, Sharon and Jack planned two college tours for the day. Their morning stop was Northwestern. Sharon raved about the drive along the lake from the downtown to Northwestern and about the homes in the neighborhood around the campus. They spent a little less than two hours in a presentation and a tour. After spending yesterday at Notre Dame, they noted how much more secular Northwestern seemed.

After the tour, Sharon and I talked that one of the lessons learned for the day was that we need to leave more time at each spot to explore the area around the campus. We need to take this into account when we do a longer east c0ast tour this summer.

They immediately started back towards downtown Chicago and continued to University of Chicago for the afternoon stop. After lunch at a food truck on campus, they attended another presentation and took another tour. Talking to them on the phone afterwards, Jack noted that the student body seemed more nerdy than Notre Dame or Northwestern. Sharon commented that the tour guide didn't do a very good job.

Talking to them on the cell phone as they passed Soldier Field, Jack expressed surprise at how close to the lake the stadium was. They finished the night having dinner at David Burke's Primehouse. 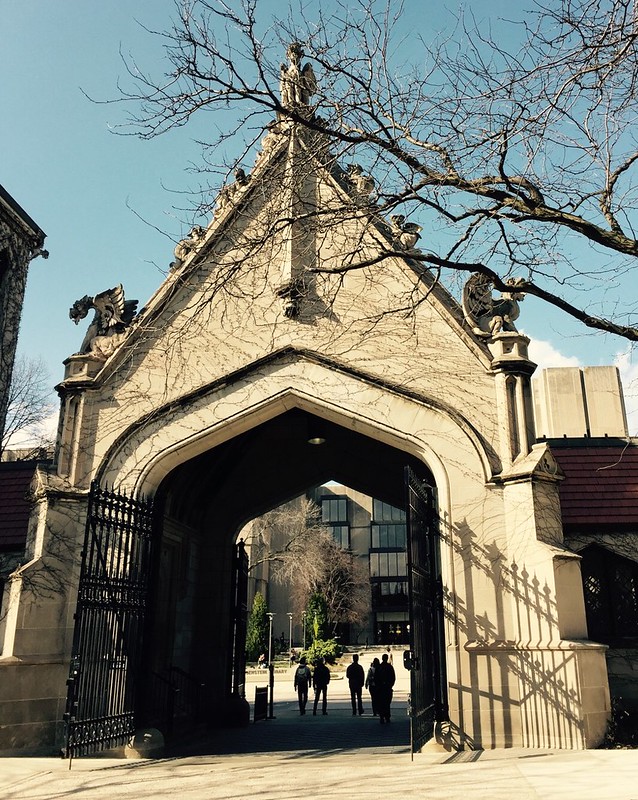