This landmark is located at the intersection of State Highway 20 and Sulphur Bank Road, 1.5 miles south of Clearlake Oaks, California. There are 6 other California State Historical Landmarks in Lake County. The GPS coordinates for this location are 39°01'12.4"N 122°38'55.7"W.

The plaque is missing. 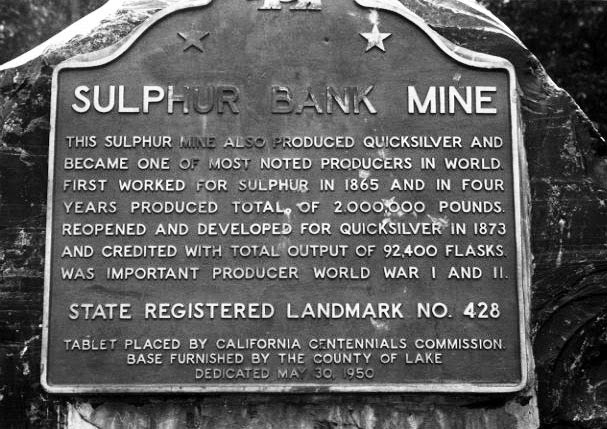 This sulphur mine also became one of the most noted quicksilver producers in world. First worked for sulphur in 1865, in four years it produced a total of 2,000,000 pounds - reopened and developed for quicksilver in 1873, it is credited with total output of 92,400 flasks, and was an important producer in World Wars I and II. 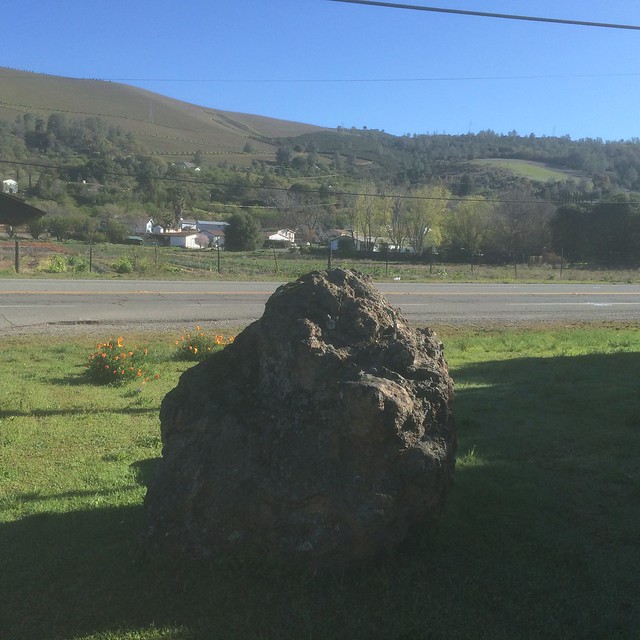 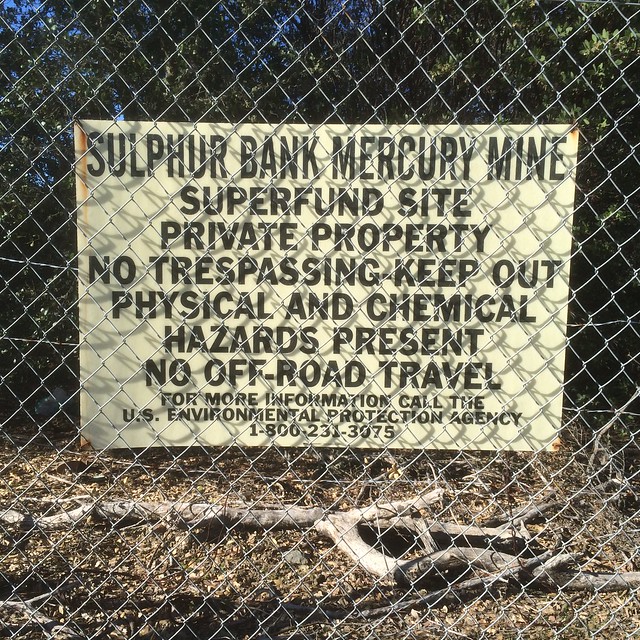