Larkmead Winery
Also known as Hanns Kornell Champagne Cellars
National Register of Historic Places #1982002215
See this location on Yahoo Maps in Flickr
See this location on Google Maps
This marker is located at 1091 Larkmead Lane, Calistoga, California. The GPS coordinates for this location are 38° 33' 31.9" N 122° 31' 21.3" W. 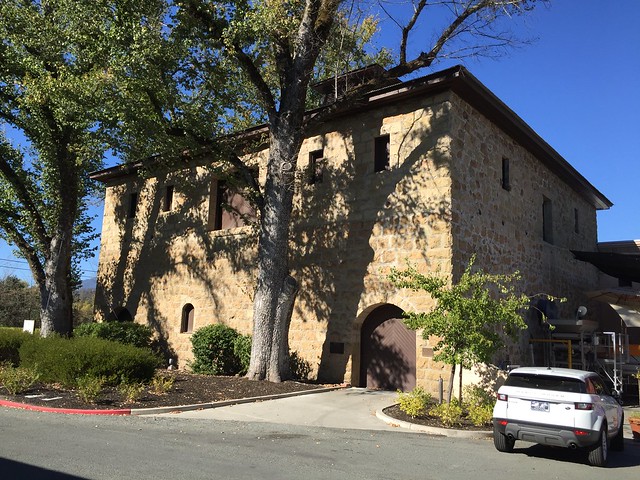 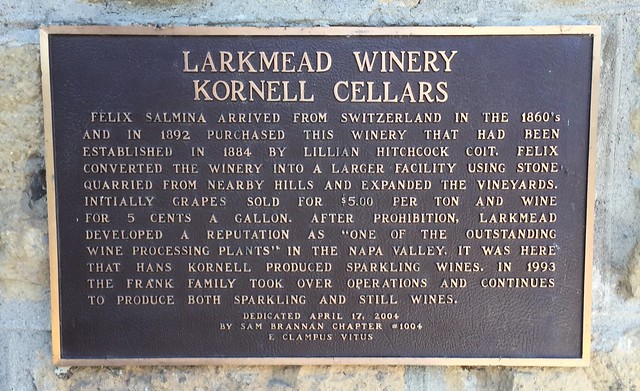 Felix Salmina arrived from Switzerland in the 1860's and in 1892 purchased this winery that had been established in 1884 by Lillian Hitchcock Coit. Felix converted the winery into a larger facility using stone quarried from nearby hills and expanded the vineyards. Initially grapes sold for $5.00 per ton and wine for 5 cents a gallon. After prohibition, Larkmead developed a reputation as "one of the outstanding wine processing plants" in the Napa Valley. It was here that Hans Kornell produced sparkling wines. In 1993 the Frank family took over the operations and continues to produce both sparkling and still wines. 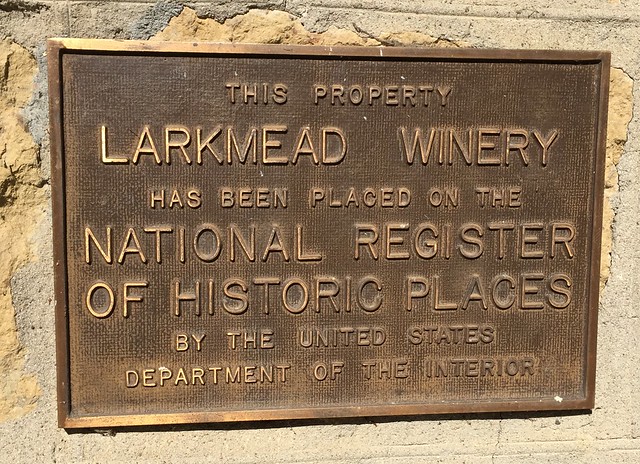