Sharon and I set an alarm for 6:20 am. Getting ready and packed, we grabbed a very quick bite for breakfast at the hotel.

We loaded up the car and headed to Georgetown. We were there early enough that we got a fantastic parking spot in an underground parking lot just off of Canal Street.

Sharon and I went to the 9 am Mass. We failed to get Jack to join us. They kept the freshman up very late on Friday night as part of the schedule of events!

After mass, we caught up with Jack briefly. Sharon went up to his room, while I tried to stay out of the sun.

From there, we went to get in line for the Convocation. It was hot. We stood outside in the line for about 30 minutes before they started to let us into the gym. We were lucky enough to draw tickets for Convocation in person, rather than having to watch it at an overflow site.

They started the procession of the students and faculty into the gym about 11:30 am. The program started about noon and lasted until a little after 1:00 pm. A convocation is defined as a meeting of the members of a college or university to observe a particular ceremony, such as the beginning of the school year or the announcing of awards and honors. As part of the program, the freshman put on the robes that they will wear to graduate in four years! While I am sure that other schools have this kind of a kick-off, I haven't heard about another convocation as Jack's peers have been starting college. 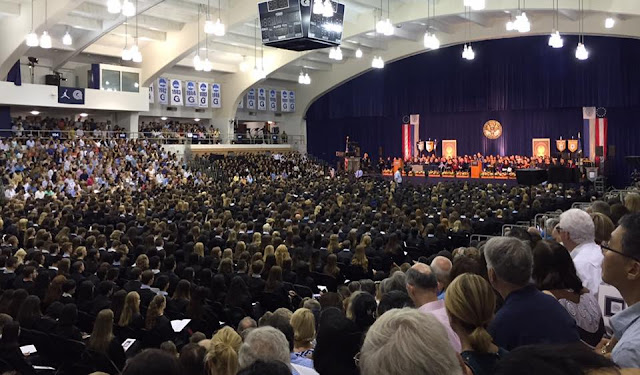 After everyone marched out, we caught up with Jack at the McDonough School of Business for a box lunch. We visited for about an hour. We said goodbye to his roommate and his roommate's parents and walked back towards the car with Jack. I ended up getting pretty emotional as we said goodbye. 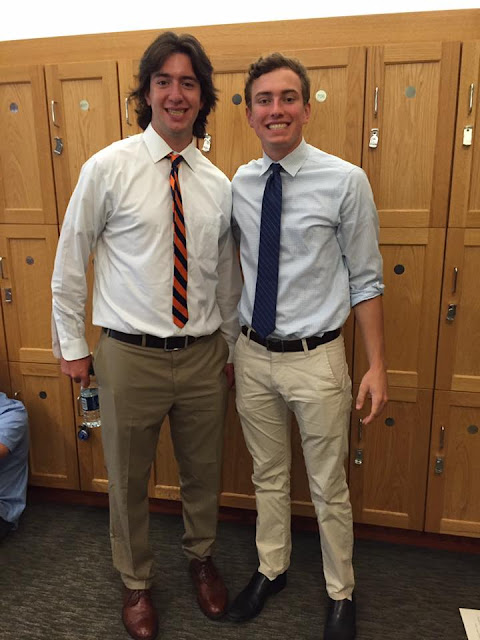 We left the school about 2:30 pm and dropped the rental car at Dulles about 3:15 pm. We got the shuttle to the airport and checked all of the bags. Sharon and I were both TSA Pre so we breezed through security.

At 4:45 pm, we boarded a 5:20 pm direct United flight home to Sacramento. Unfortunately, we ended up sitting on the runaway for almost an hour due to some weather 100 miles to the east.