Sharon, Jack and I had brunch at the Lambs Club on Easter. 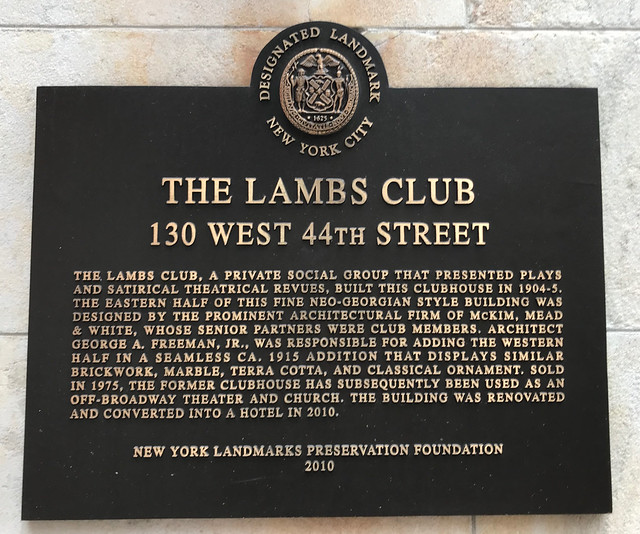 The Lambs Club, a private social group that presented plays and satirical theatrical revues, built this clubhouse in 1904-05. The Eastern half of the this fine Neo-Georgina style building was designed by the prominent architectural firm of McKim, Mead & White, whose senior partners were club members. Architect George A. Freeman, Jr., was responsible for adding the Western half in a seamless ca. 1915 addition that displays similar brickwork, marble, terra cotta, and classical ornament. Sold in 1975, the former clubhouse has subsequently been used as an off-broadway theater and church. The building was renovated and converted into a hotel in 2010. 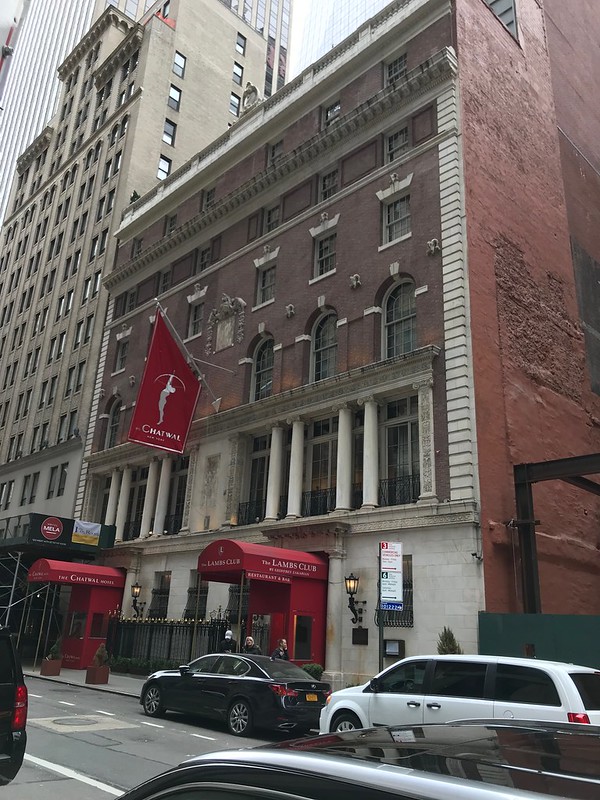