When Sharon and I visited Yosemite in 2009, I was irked that I couldn't find this historical marker. I spotted it right away when Jack, Sharon and I stopped at the Visit Center on this trip. 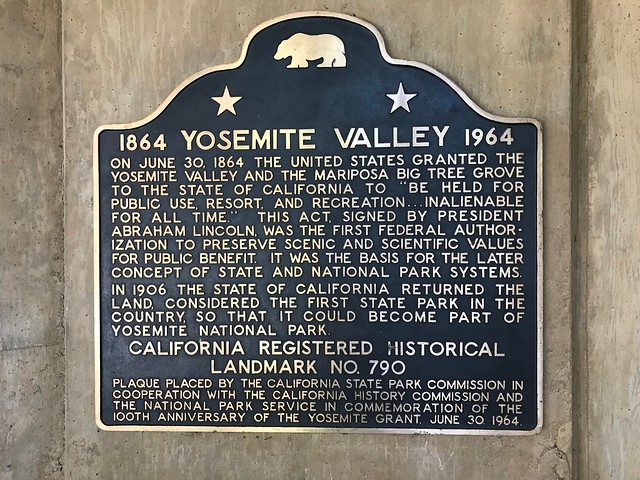 On June 30, 1864, in an act signed by President Abraham Lincoln, the United States granted the Yosemite Valley and the Mariposa Big Tree Grove to the State of California to 'be held for public use, resort, and recreation . . . inalienable for all time.' This, the first federal authorization to preserve scenic and scientific values for public benefit, was the basis for the later concept of state and national park systems. In 1906 the State of California returned the land, considered the first state park in the country, so that it could become part of Yosemite National Park. 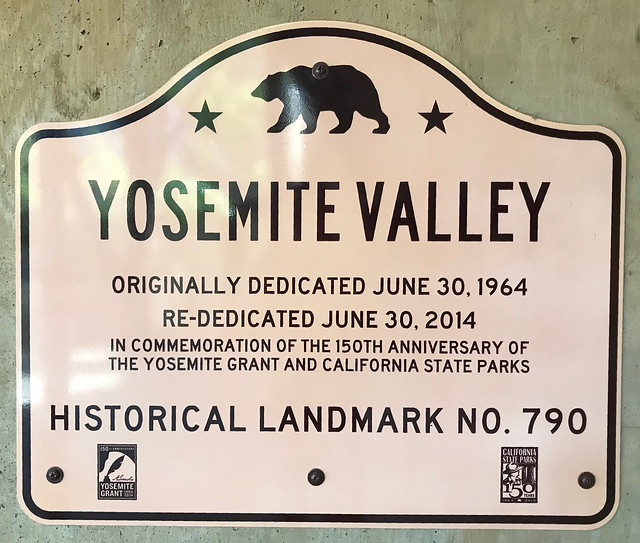