Sharon, Tiber and I started the day with a three mile lap around Ancil Hoffman Park. The plans for the day included going to see a movie and then heading to Tom's for a barbecue. 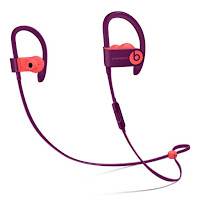 Getting cleaned up, Sharon and I headed to the Palladio Luxe in Folsom. We saw an early showing of Tag. More on the movie later in the week.

Walking out of the movie, we got a number of text messages from Tom canceling the barbecue. I ended up spending part of the afternoon watching the US Open. Playing a torturous Shinnecock Hills course, Brooks Koepka won for the second straight year.

Over the course of the afternoon, I talked to Jack on the phone in Georgetown and Facetimed with Drew in Los Angeles. It was nice to talk to Drew and Jack. I got a text message from Morgan in the morning.

We finished the day searing some Ahi Tuna on the barbecue. We had a nice dinner of Ahi, rice and mixed vegetables. Sharon gave me some Powerbeats3 Wireless Earphones as a Father's Day present. I am looking forward to running with them.
By Heringer at 6/17/2018 11:59:00 PM