For this Elk Grove baseball family, the MLB draft provided a double dose of glory

For this Elk Grove baseball family, the MLB draft provided a double dose of glory 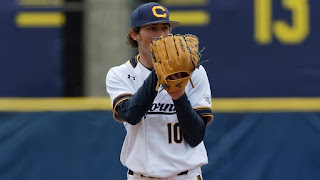 Cal pitcher Tanner Dodson during a game against Oregon State on March 18, 2018 at Evans Diamond in Berkeley.
This wasn't just a moment to cherish for Tanner Dodson, getting selected in the second round of the Major League Baseball draft.

There was also the enthusiasm of his father, Bo Dodson, who can speak of draft expectations. And of twisting and turning on when that call might come.

On Monday night in Elk Grove, father and son anxiously sweated out the process, pacing on the backyard patio, checking their phones and the draft tracker. The wiry 6-foot-2 Dodson went 71st overall, the former Jesuit High School and Cal star going to Tampa Bay.

"I'm pumped, and it was something I wanted to do since I was little, and Dad was right there to hug me," Dodson said of receiving the call. "Growing up, I was around baseball my entire life, always around the game, since I was 8 years old, hitting in the cages with Dad. He'd even catch my bullpen in high school. He was always there when I needed it."

Dodson is a rarity in that he can hit, field and pitch, and Tampa Bay will take a look at all of that as both sides start negotiations this week and next.

Dodson said he will do anything to get in the lineup or on the mound, or both. He is a finalist for the John Olerud Award, presented to the nation's top two-way player.

Dodson was one of the best closers in college baseball this season, setting a Cal record with 11 saves. The right-hander has consistently reached 96-97 mph with his fastball, compiling a 2-1 record in 19 appearances, striking out 35 and walking just seven in 40 innings. He also played center field and had a fielding percentage of .993.

A switch hitter, Dodson batted .320 with 12 doubles and 27 RBIs and scored 40 runs. Dodson firmly landed on the draft radar last summer in the wood-bat Cape Cod League, a haven for scouts. He earned the league's batting crown with a .365 average, and he struck out 16 and walked five in 24 1/3 innings of work.

"Last summer in the Cape was huge for me," Dodson said. "All the best guys in the country played in it, and it did a lot for my confidence. I just carried it over to this season and did the best I could."

Said Cal coach Mike Neu, "Tanner showed his ability to make an impact in multiple ways as a sophomore as well as in the Cape Cod League and that continued as a junior. We felt comfortable putting him in high-leverage situations, whether that was closing a game on the mound or hitting in a big situation, because he showed he could handle whatever spot we put him in."

Dodson emerged as a star at Jesuit and was selected in the 31st round by the Mets. He quickly opted for Cal and flourished once he cracked the starting lineup in 2017.

Bo knows baseball, too, and the highs and lows of it.

As a powerfully built 6-2 first baseman, Bo was a slugging star for Christian Brothers as one of the most celebrated area athletes of the 1980s.

As a senior in 1989, Bo clubbed a home run that landed in the tennis courts at Christian Brothers, seemingly a country mile away. He was selected in the third round of the 1989 draft by Milwaukee. Bo logged 10 minor-league seasons, five in Triple A and four in Double A, but injuries finally derailed his major-league hopes.

"I was 27 years old, had a family, and I could've probably played some more, but I was done," Bo Dodson said. "Tanner knows that. We've talked about taking care of your body, not taking any of this for granted because you never know when it can end.

"He knows it's not like college now where you have school and baseball. It's a business now, 24/7 baseball, and he's ready."

Bo said he never applied pressure to his son. There was enough already with the familiarity of Bo's pedigree.

"Tanner knew that, but he was one of those kids who said he'd make a name for himself," Bo said. "He'd go, 'Yeah, Dad, you were great but I'll go out and be better.' And he has. That's his mentality. I always let him play.

"I was never pulling him into the backyard to play. If anything, I've helped prepare him mentally and what the grind is all about."

Of his son's game, Bo said, "He has fun when he plays, and he plays hard. He's even keeled. He's a great athlete with the 'It' factor to play the game, that baseball IQ. He can hit and pitch. It's been a thrill ride. I'm extremely proud."

So is the son, who expects to become Jesuit's next MLB player. J.P. Howell pitched 12 seasons in the bigs, and Rhys Hoskins is a starting outfielder for the Philadelphia Phillies.

"I hope to continue the Jesuit baseball brand," Dodson said.

He also reminded that the invitation still stands for his dad. Bo won't admit – yet – that the son is a better player.

"He won't admit that to me," Dodson said with a laugh. "He tells me he'd take me deep if I pitched to him. He doesn't want me to have a big ego. I'm ready, though." 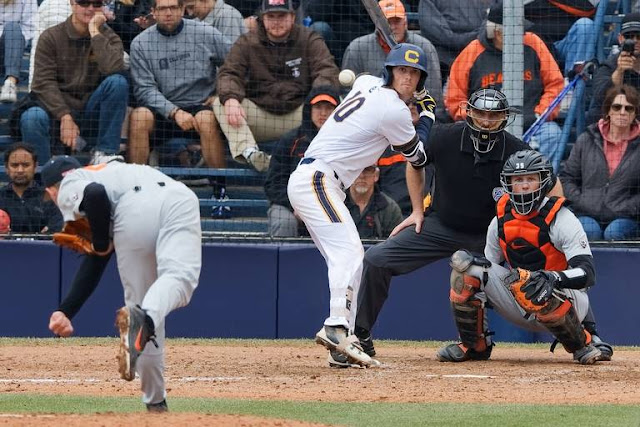