Ancil Hoffman with the Gainsleys 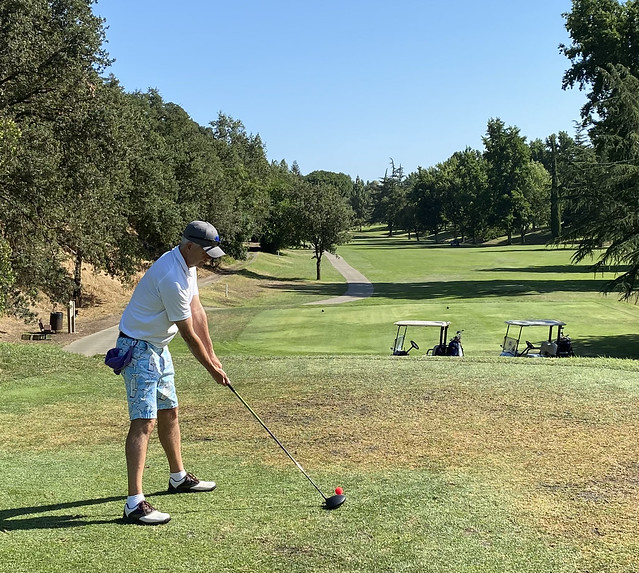 Sharon and I played golf at Ancil Hoffman with the Gainsleys. We had a 8:36 am tee time.

I really struggled on the front nine. I was too much in my own head. I was standing over the ball for too long and for the life of me I can't keep my head still.  Although I was getting off the tee pretty well, I repeatedly chunked my fairway shots.  I was shocked at how hard and fast the greens were.

I settled down on the back nine. I bogeyed four of the last five holes.  Surprisingly, I played the whole round with one ball!  I ended up scoring a 116.  The 54 on the back nine is just about where I feel I should be able to score. It took us about four and a half hours to play the round.

The four of us had a late lunch on the patio at Matteos. Both Sharon and I had a burger. 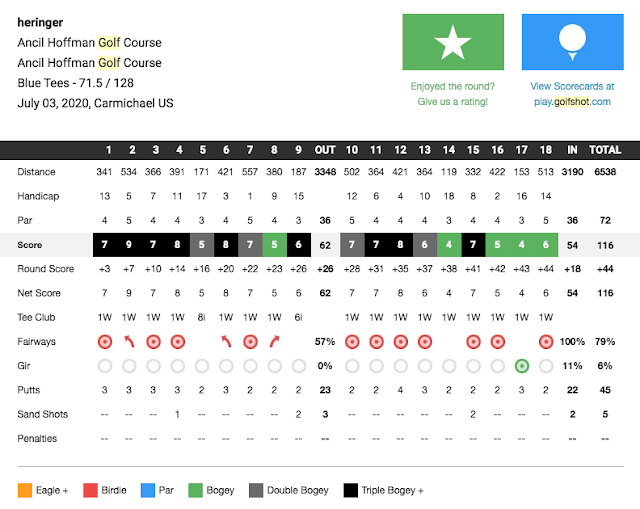