Sharon and I played golf with our neighbors Jim and Debi at Ancil Hoffman Golf Course.  We were originally going to play with Holly and Van, but Holly's back was acting up.

I ended up with a 118.  I feel like I should be able to do ten or fifteen strokes better... 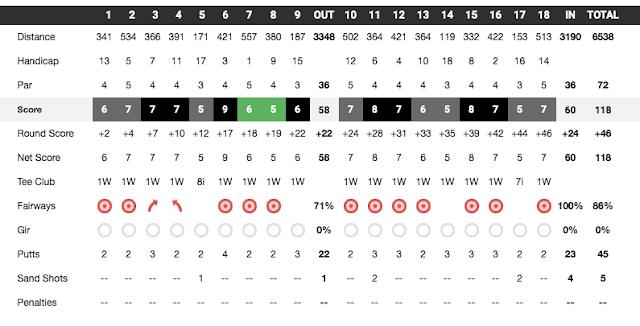