Jack played in his second baseball game of the 2006 season. Playing first base, he made two nice plays in the field and got the runner out at first. Playing pitcher, he made a nice stop and a smart throw to Grant at third to get a force-out. In two games, he has been up six times, made solid contact and got on base every time. 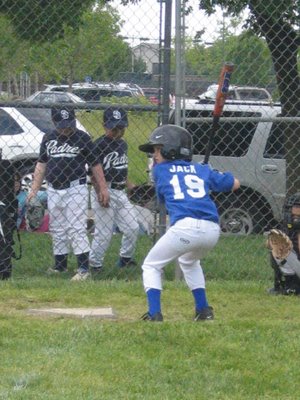