Larkin and I went to the Sacramento Kings versus San Antonio Spurs game. The Spurs pulled away in the last two minutes and won by a score of 100 to 93.

Kevin Martin went scoreless in the game's first 17 minutes, but finished with 26 points and had a career-high 12 rebounds for Sacramento. I particularly enjoyed watching Corliss Williamson play; he had 21 points. Unlike some of the Kings players, Corliss looks like he knows what to do when he has the ball in his hands. 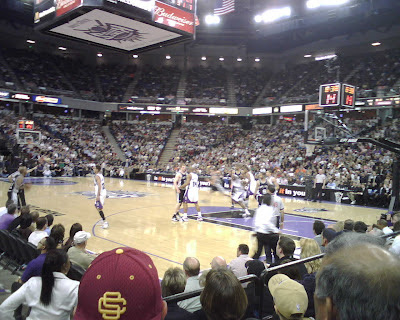