Up early, we drove to Sugar Bowl to ski for the day. I had scheduled a lesson for Sharon and Jack with Larkin from 9 to 10 and a group lesson for Jack from 10 to noon. Larkin works on weekends and holidays as an instructor in the ski school at Sugar Bowl.

After getting Sharon and Jack going with Larkin, I spent an hour skiing by myself. With the poor snow year last winter, I have not skied since April of 2006. I realized during a couple of quick runs that I really enjoy skiing and miss it.

After we put Jack in the group lesson, Sharon and I skied together until lunch time. We picked Jack up from the group lesson and met Larkin in the lodge for a quick bite.

Jack and I skied together for about an hour and a half after lunch, while Sharon read her book. Eventually, we met up with Sharon and the three of us took a couple of runs together. Although he has not skied in almost two year, Jack got stronger and stronger as the day wore on. I really enjoyed the last couple of runs with him.

We quit about 3:45 and met Larkin back in the lodge. By the time, we got back to the car, got changed and ahd everything loaded up, it was after 5. It turned out to be a very slow drive back; lots of traffics. We stopped in Natomas for dinner and finally got home about 8:40. 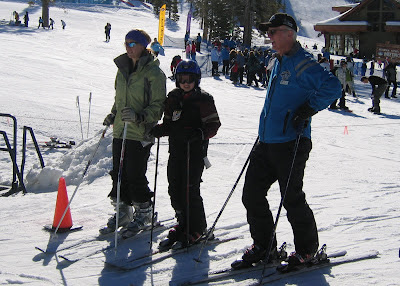 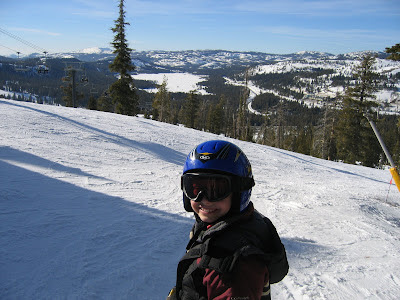