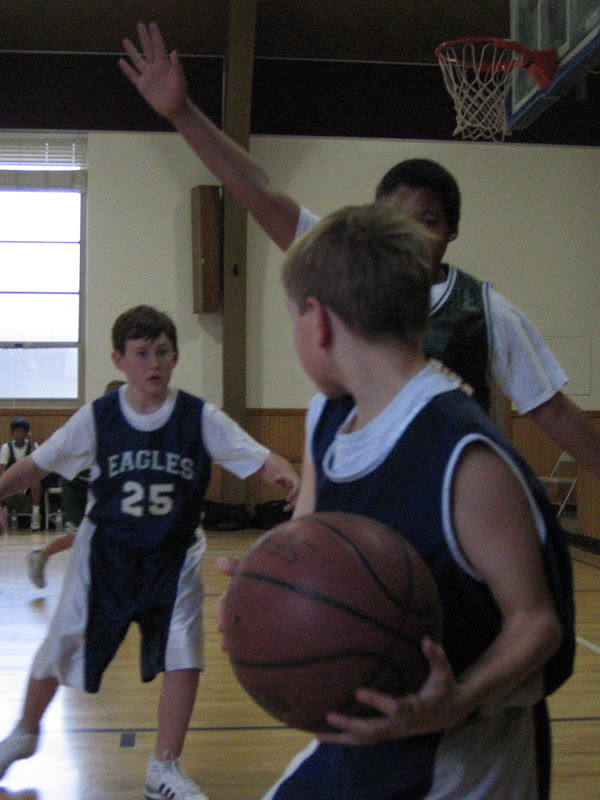 Jack played in his sixth JV Rec Basketball game of the 2009 PAL season. They played against St. Ignatius School.

Jack had 6 points on 3 for 8 from the field. He added 5 rebounds, 4 assists and 1 blocked shot. Jack continues to make some nice passes. Several of his assists were bounce passes to one of the bigs down low. He also made an interesting shovel pass to the center as the other center tried to trap him in the corner. On a fast break, Jack attempted a 1/2 court pass to one of the forwards, but it sailed high and long.