We stopped at the Clancys for a quick drink and some hors d'oeuvres. From there, we went to the Sanborns. While Jack stayed Tim and Tanguy, their foreign exchange student, the four of us went to the SEAs dinner and silent and live auctions at the St. Joseph's Parish Hall. This year's theme was the 10th anniversary of the school. They had large group pictures of all the kids at the school covering the walls. 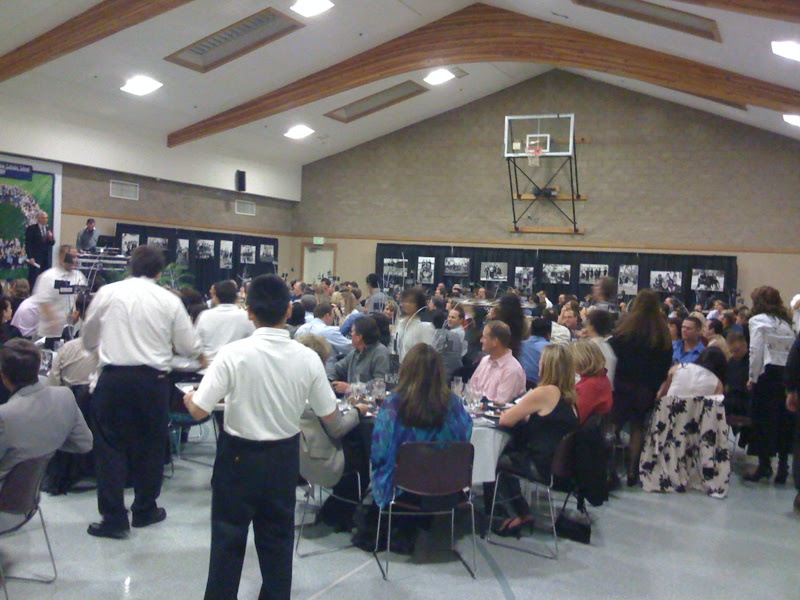