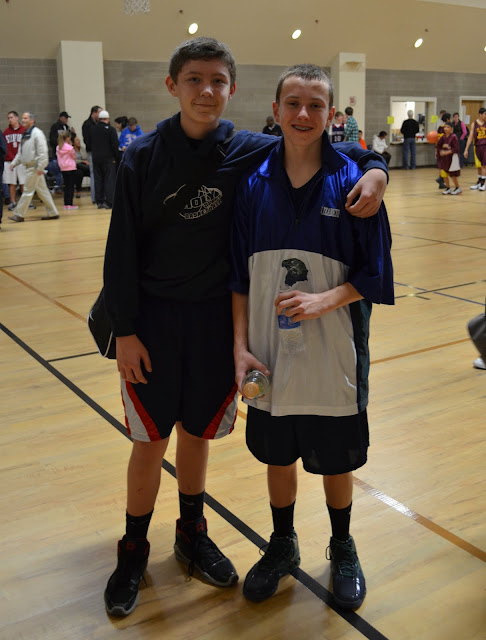 Jack started at small forward and played 23 minutes of the 28 minute game. He had 8 points on 4 for 6 from the field. Jack added 4 rebounds and 3 steals with a turnover and a foul. Jack was the second highest scorer for the Eagles behind Joe who had 14 points.

It was a very hard fought back and forth game. The Eagles ran out to a ten point lead in the first quarter, but Holy Spirit tied the game in the second quarter. SEAS then led 33 to 24 at half-time. Holy Spirit charged back to lead 41 to 39 at the end of third quarter. The teams swapped leads during the fourth quarter. With 1:30 to go and SEAS leading by 1 point, Jack took a pass in the corner and drove along the baseline for a nice lay-up to put SEAS up by 3. Jake added two more free throws to seal the 52 to 47 victory. The box score is here.

Holy Spirit was led by Bryce who had 18 points. One of the key strengths of the Eagles in the early season continues to be their balanced attack; 8 of the 10 boys scored.

The SEAS Eagles now have 2 wins and 0 losses for the season. The game log is here.

The Eagles will be playing at least two games in the Jesuit Tournament this weekend. 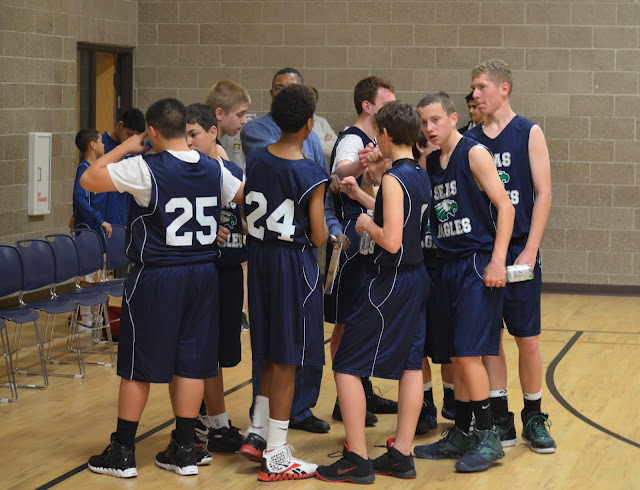