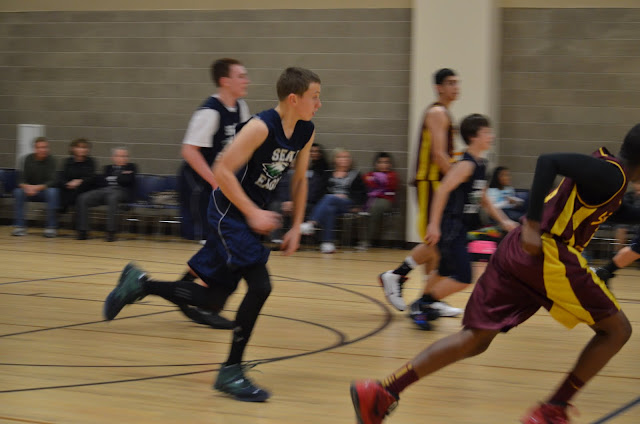 The SEAS Eagles played St. Roberts in their second league game of the season. They beat St. Roberts last weekend in the Presentation Tournament. The Eagles were very short-handed and missing three of their starters and one reserve.

With only six players on the roster for the game, Jack played 28 minutes of the 28 minute game. He had 15 points on 6 for 10 from two point range and 1 for 3 from three point range. Jack added 15 rebounds and 2 assists with 5 turnovers and two fouls.

Missing their starting center, power forward and one of their guards, I was very worried that the Eagles were going to struggle. St. Roberts is probably the second best team in the Southern Division. I didn't need to worry. While St. Roberts has one very good player [Jacob], he doesn't have much help. In addition to Jack's 15 points, Joe scored 18 points for the Eagles, while Jacob added 17, including 4 for 4 from three point range. Jacob who has been averaging less than 10 minutes a game for the Eagles as a reserve took advantage of his opportunity to start!

SEAS won the game by the score of 62 to 35. This is the most points that they have scored in a game this season. The box score is here.

The Eagles now have 6 wins and 3 losses for the season. The game log is here. 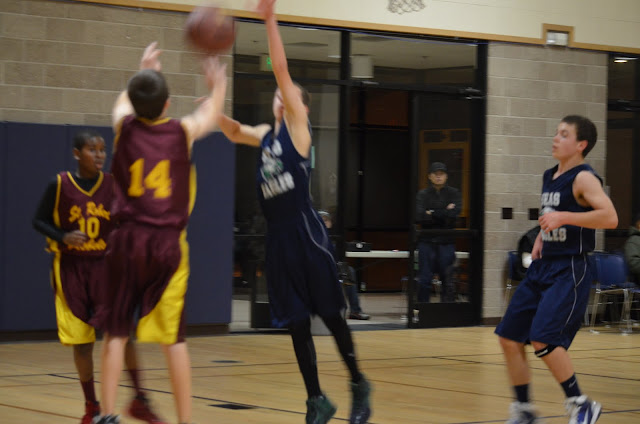