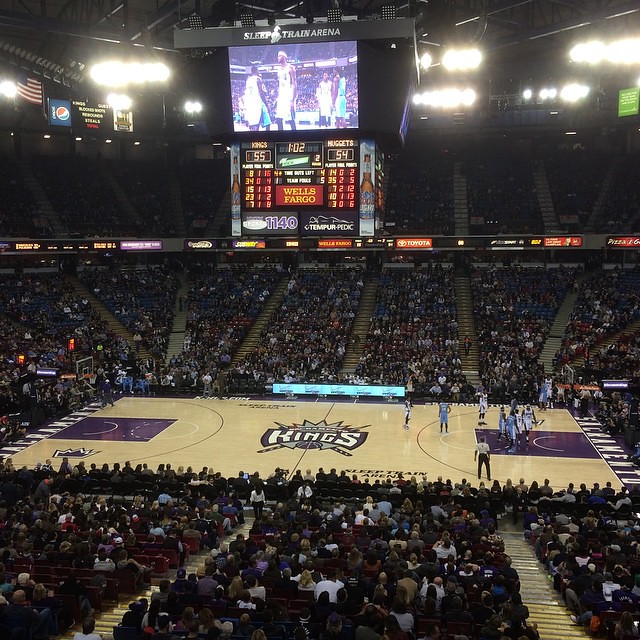 Friday night, Snipes and I went to the Sacramento Kings versus Denver Nuggets NBA basketball game. Leading 57 to 54 at halftime, the Kings were outscored 36-15 in the third period and lost the game by the score of 118 to 108.

The Kings were led by DeMarcus Cousins. Cousins had 32 points on 12 for 25 from the field and 8 of 9 from the free throw line. He added 13 rebounds.

The Nuggets had six players score in double figures. Ty Lawson and Arron Afflalo both had 22 points for the Nuggets. Lawson had 22 points on 7 for 13 from the field, 1 for 3 from three point range and 7 for 10 from the free throw line. He added 3 rebounds, 8 assists and 1 block.

Snipes and I met a Chevys before the game, wandered up to Skyline Lounge after the game and then finished the night back at Chevys. Frankly, I spent more of the night catching up with Snipes than playing close attention to the game.

I continue to be perplexed by the firing of coach Michael Malone. Bill Simmons joked on his podcast this week that Ty Corbin is the worst coach in the NBA.