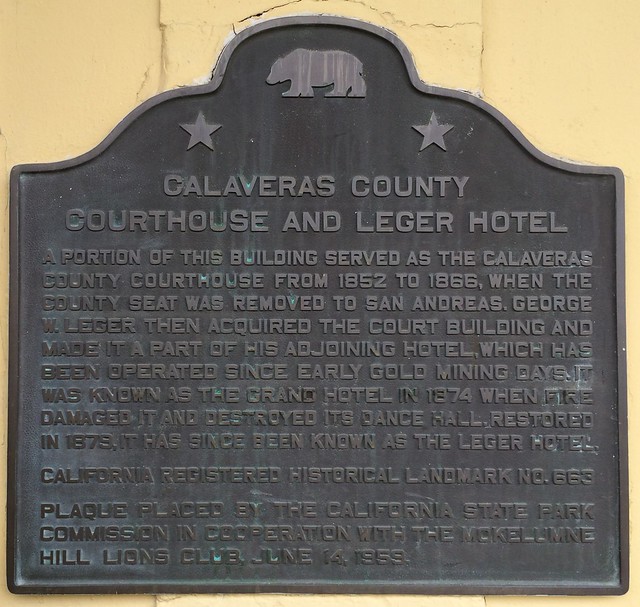 A portion of this building served as the Calaveras County Courthouse from 1852 to 1866, when the county seat was removed to San Andreas. George W. Leger then acquired the court building and made it a part of his adjoining hotel, which has been in operation since early gold mining days - it was known as the Grand Hotel in 1874 when fire damaged it and destroyed its dance hall. Restored in 1879, it has since been known as the Leger Hotel. 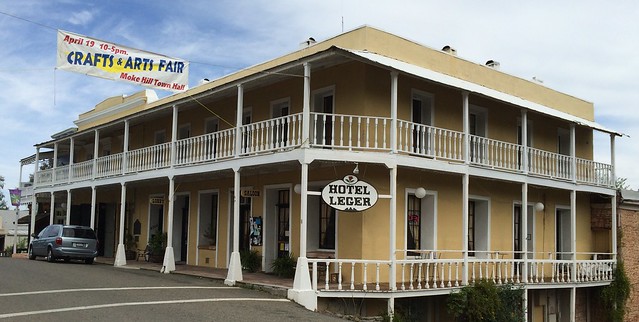