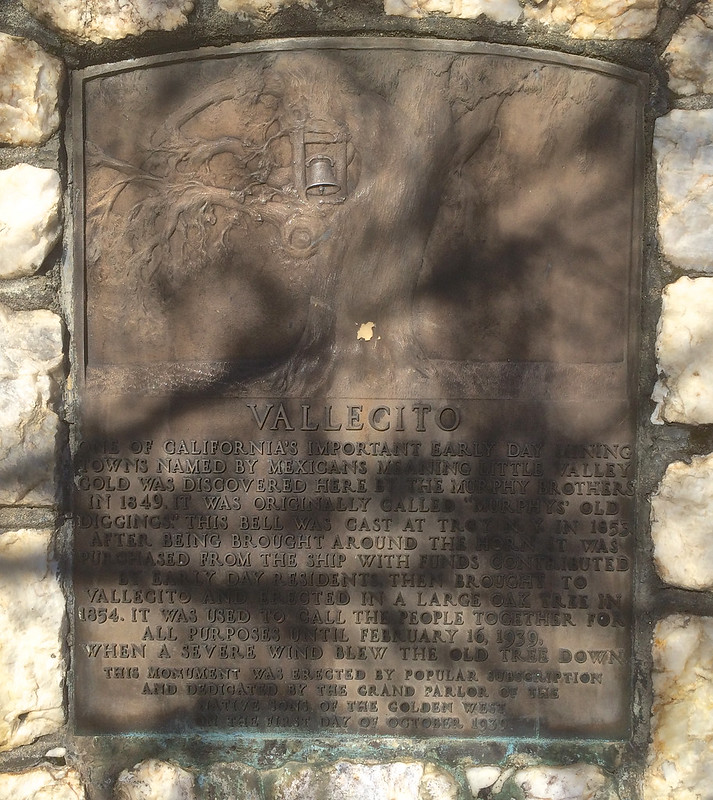 Named 'Little Valley' by Mexicans, Vallecito was one of California's important early-day mining towns. Gold was discovered here by the Murphy brothers in 1849, and it was originally called 'Murphy's old diggings.' This bell, cast at Troy, New York in 1853, was brought around the horn. It was purchased from the ship with funds contributed by early-day residents and brought to Vallecito to be erected in a large oak tree in 1854. It was used to call the people together until February 16, 1939, when a severe wind blew the old tree down. 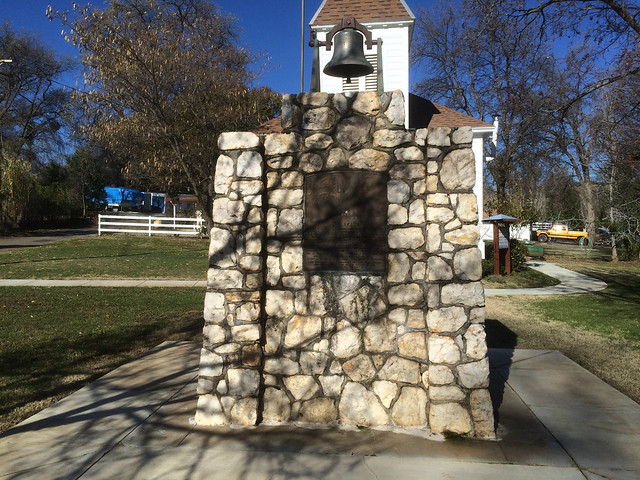 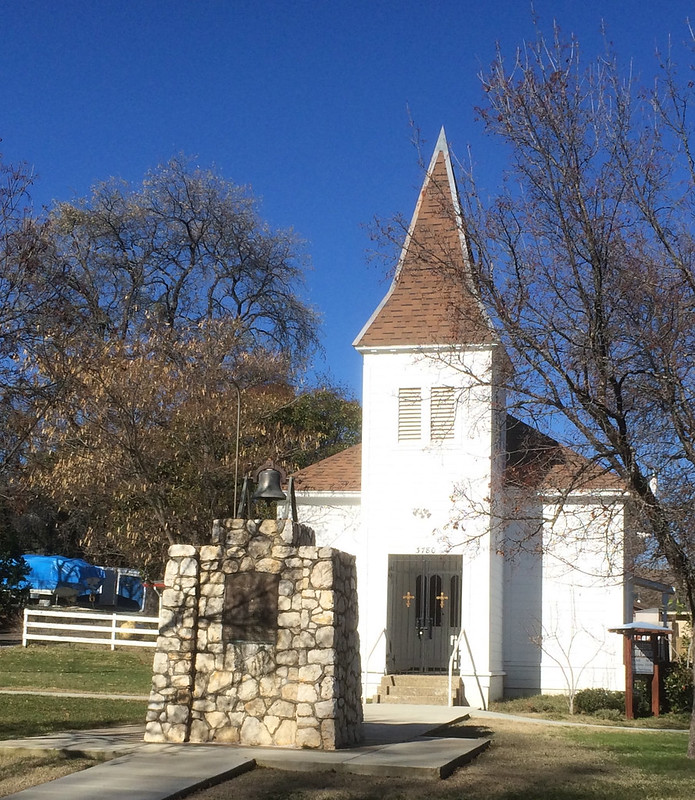