When we first started to plan this trip, I wanted to see if we could do a side trip to Stonehenge. When I was in the United Kingdom in 1991 for the Rugby World Cup, we were supposed to tour Stonehenge, but the group decided to skip it!?! Sharon and I ended up booking a small group tour with International Friends to Stonehenge, Bath and Windsor Castle.

Up about 6 am, we took an Uber to the spot where we were supposed to meet the tour bus. To our surprise, we were the only people on the tour! Instead of a 16 person sprinter, we got a driver and a van for the day. 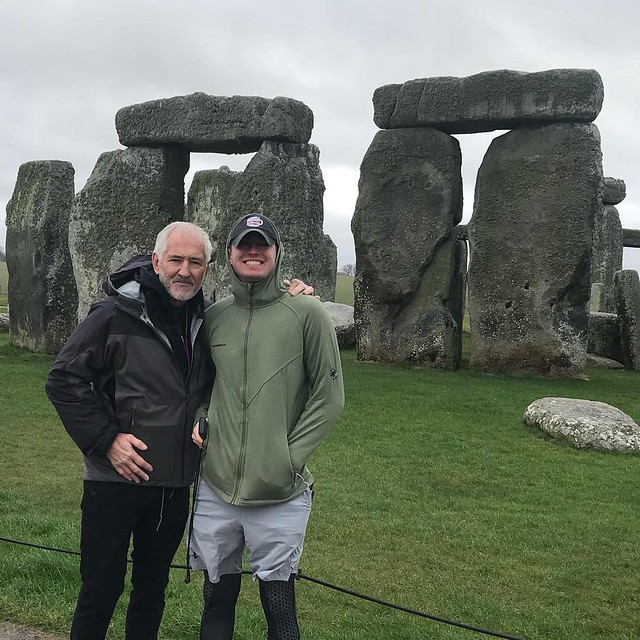 It was about a two hour drive from London to Stonehenge. You take a shuttle bus from the visitor center to the actual site. Our driver said that this is a change in the last couple of years; you should be able to drive right up to the site. Although it was very windy and cold, I really enjoyed the stop.

From there, we drove to Bath. With a couple of accidents along the way, it took longer than it should have. In Bath, we toured the Roman Baths. We were all very impressed. With a hard timeline for getting back to the van, we could have spent more time touring the site.

We grabbed a quick sandwich for lunch. The downtown was very impressive. All three of us felt like we could have spent the afternoon exploring the city. This might be a spot that we come back to for a night some day... 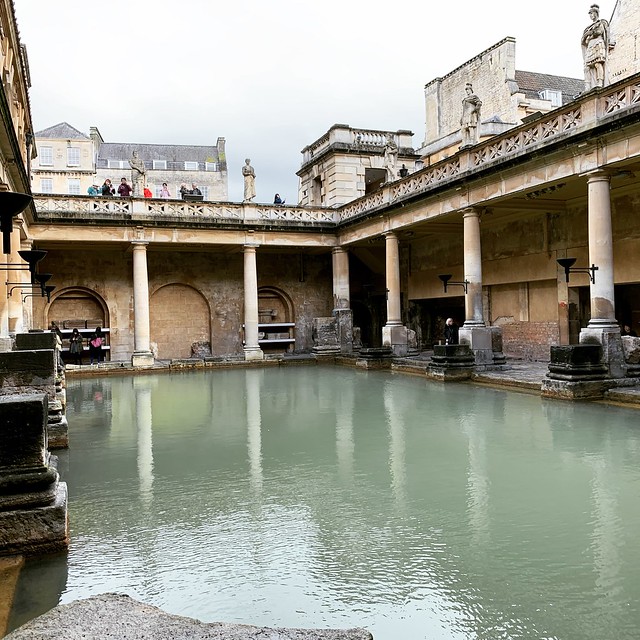 It was another two hours from Bath to Windsor Castle. I had a nice nap in the van. At Windsor Castle, we toured the State Apartments and walked the grounds. St. George's Chapel closed just before we got to it. The place was essentially deserted.

After the tour, we wandered the neighborhood and had a beer in a pub. We met back up with the driver and the van about 5:10 pm and started back towards London.

We finished the day with a nice dinner at Osteria Romana. This was a small restaurant walking distance from the apartment. We split starters of fried artichokes and Roman-style gnocchi and Black Truffle. I had rigatoni with tuna, Jack had Cacio e Pepe pasta and Sharon had sea bass.

This was a long day. We were a little rushed at couple of points in order to keep on schedule, but it would have been a much different experience with 16 people, rather than just the three of us. 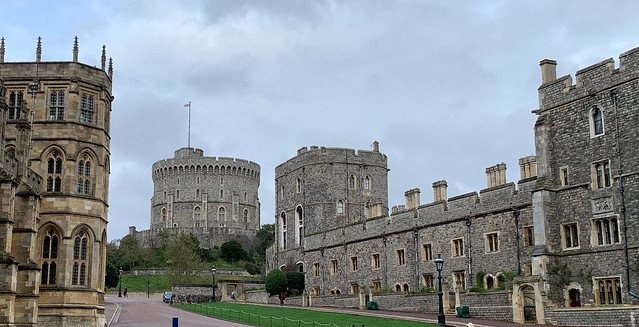