With the trip winding down, Saturday was finally a slower morning. I wandered down the street and got oatmeal for Sharon and I and a breakfast sandwich for Jack at Starbucks. After eating, I went back out and walked down to the Albert & Victoria Museum to get a better picture of the front.

Eventually, the three of us started off towards Hyde Park. We walked in Hyde Park to the Diana Memorial Fountain. This is a very unique memorial. We wandered though and around the fountain.

From there, we walked through Keningston Gardens to Keningston Palace. We decided not to tour the palace. We walked to an underground station and headed towards Covent Garden. I had spent some time researching historic pubs in the morning. I mapped out four pubs that we could walk between as we headed towards downtown London.

The first stop was the Lamb & Flag. The very first mention of a pub on this site is in 1772. We had a pint downstairs and then had lunch upstairs. Sharon and I had fish and chips, while Jack had a meat pie.

After lunch, we walked through Covent Garden. This area includes restored market buildings with street performers in the Piazza. I was surprised by the number of people!

The next stop was the Cittie Of York. Although the current building was rebuild in the 1920s, the buildings on this site have been pubs since 1430. We had another pint before we wandered on.

As we were navigating to the next stop, I noted to Jack that the Sir John Soane Museum as up ahead. His head jerked up. Apparently, Jack had studied him in an architecture class. We stopped and toured the museum.

Our third pub crawl stop was actually closed!?! Hard to find, Ye Old Mitre is buried in a business district. The pub's website reports the original build year as 1546 with building expansion occurring in 1782, and remodeled in the early 1930s. It was a very cool looking little building.

From there, we headed to Ye Old Cheshire Cheese. Rebuilt shortly after the Great Fire of 1666, the pub is known for its literary associations, with its regular patrons having included Charles Dickens, G.K. Chesterton and Mark Twain. There has been a pub at this location since 1538. All the monarchs who have reigned in England during the pub's existence are written to the right of the door. Located on a major street, this pub was much busier. Sharon started to get claustrophobic in the windowless gloomy rooms... 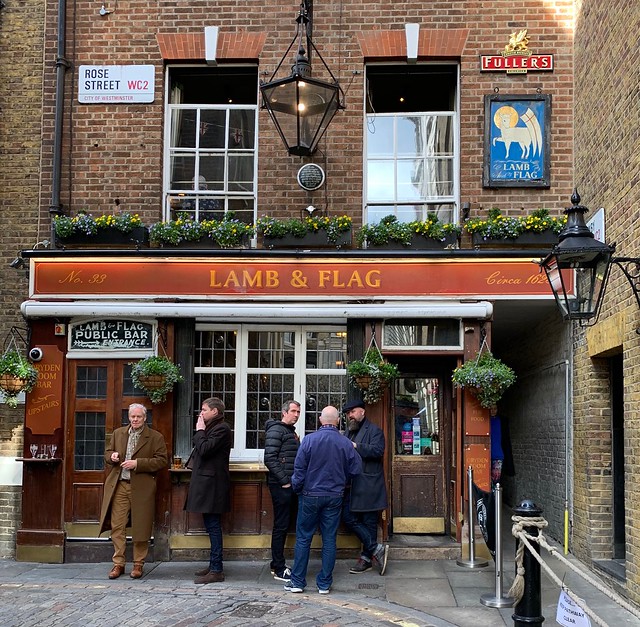 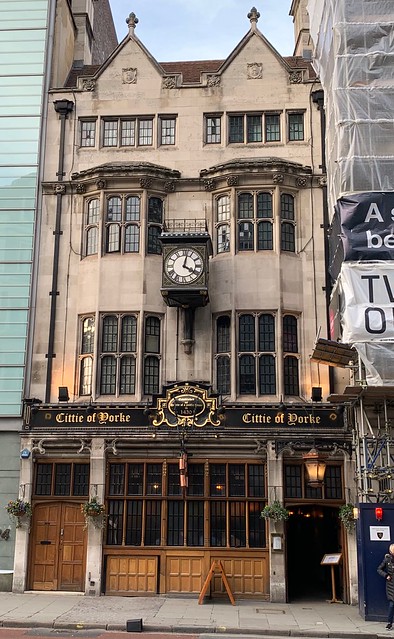 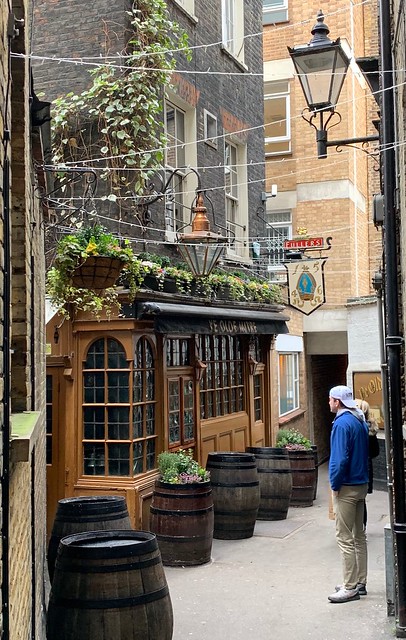 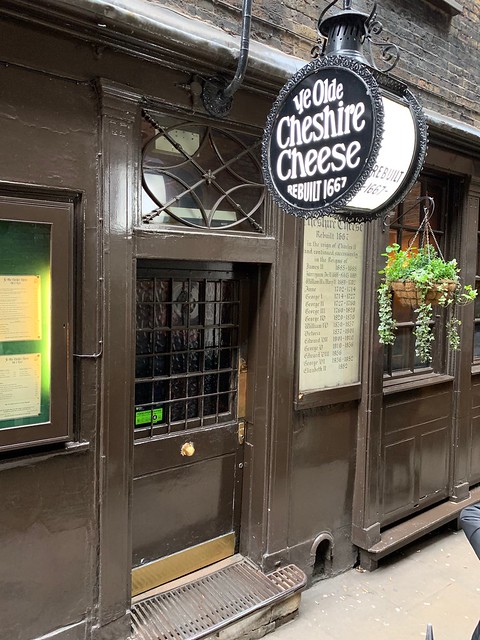 We grabbed an Uber back to the apartment from there. Getting cleaned up for dinner, we went to Mr. Chow. This is a chain of upscale Chinese restaurants founded by restaurateur Michael Chow. The first one was opened in Knightsbridge in 1968.