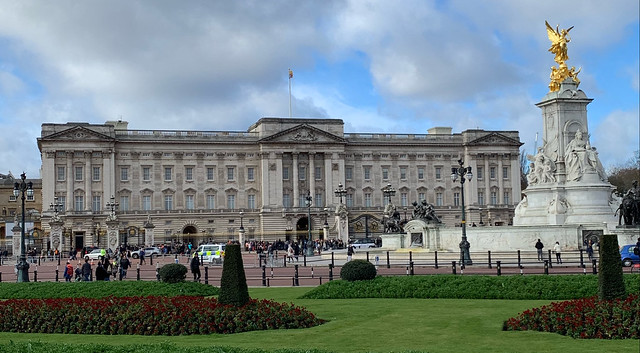 Sharon made eggs and bacon for breakfast again... After breakfast, we headed to the underground. Getting off at the Green Park station, we walked to Buckingham Palace. I was underwhelmed by Buckingham Palace; it just looked like an office building. There was a large group arriving and queueing up in front of the palace. They appeared to be parliament members(?). 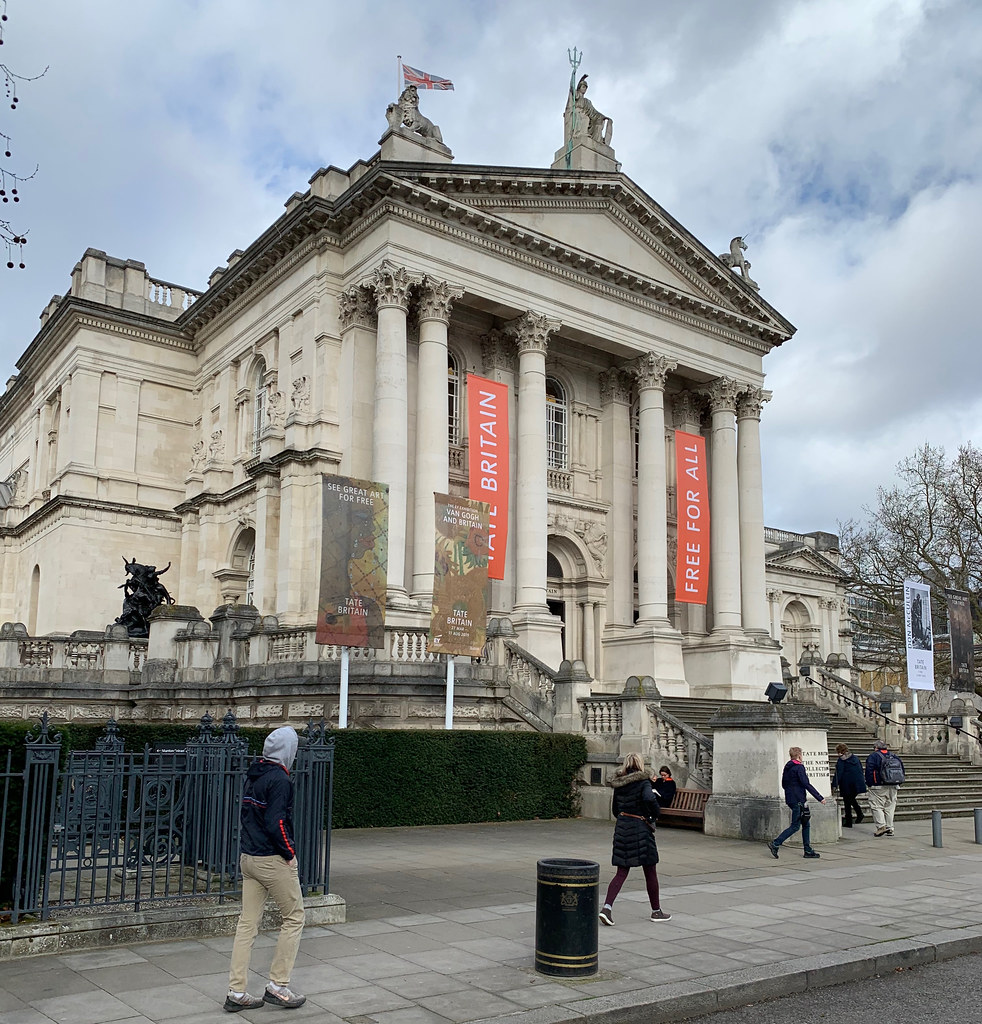 Walking back to the underground, we headed to the Tate Britain. I enjoyed the galleries more than I expected. They are laid out chronology. Starting about 1500, we walk your way up to present day. The collection is exclusively British artists. The museum is also home to the largest collection of works by JMW Turner.

We had a light lunch in the Djanogly Café in the museum...

Heading back towards our apartment, we decided to make a stop at the Albert & Victoria Museum. It is described as the world's largest museum of applied and decorative arts and design. We selectively hit a few rooms. I was fascinated by a giant room full of casts from around the world. It included the Madonna and Child by Michelangelo that we had seen in Burges. They also a cast of Trajan's Column. I need to find this column some day! One of my things on my bucket list is to live in Rome for Lent. 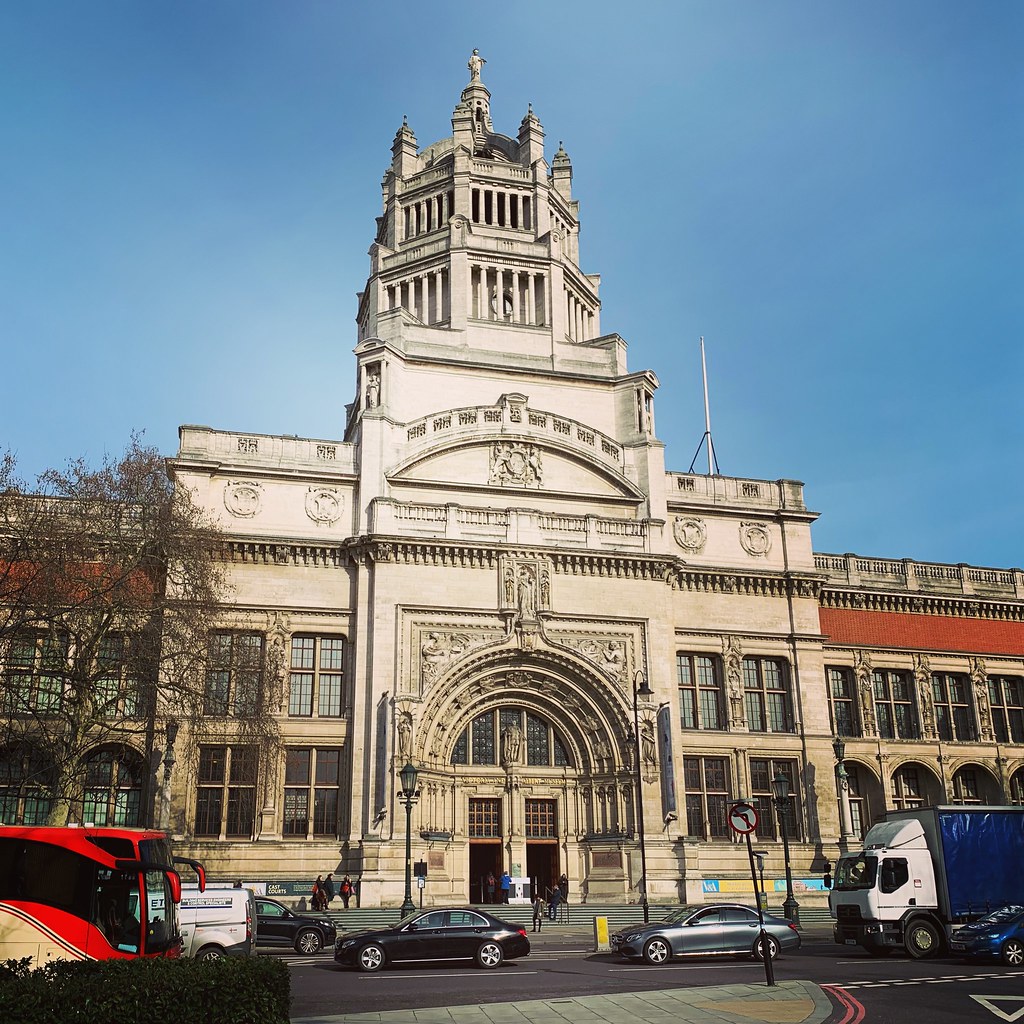 I was also impressed with the Raphael Cartoons. They are a set of seven full-scale designs for tapestry painted by Raphael (1483 – 1520). The cartoons are considered one of the greatest treasures of the Renaissance. They were commissioned in 1515 by Pope Leo X for the Vatican’s Sistine Chapel and depict the lives of the apostles Saint Peter and Saint Paul.

With an early dinner scheduled before the theater, we walked back to the apartment and got cleaned up. About 4 pm, we took an Uber to the Piccadilly Circus area. Sharon dragged down the street to a perfume shop. From there, we wandered back to the restaurant.

We had a drink in the Bar Américain. This is connected to the French restaurant Brasserie Zedel. Eventually, we wandered into the restaurant for dinner. We spilt starters of snails and oysters. I had Filet de Saumon, Cresol et Fenouil [salmon, watercress and fennel with honey & mustard dressing] as an entree, Sharon had the Polet Grillé à l‘Ail et Frites [grilled spatchcock chicken with garlic butter and french fries] and Jack had Rumsteck d’Agneau, Écrasé de Petits-Pois [rump of lamb, crushed peas, red wine & mint jus].

After dinner, we walked across the street to the Piccadilly Theater. We had tickets for The Curious Incident of the Dog in the Night-Time. We went round and round about what to see. This play won a number of London Theater awards. Apparently, it is actually based on a fairly well-known book. I didn't read much about the play ahead of time and was taken off guard from the start. It was very different, but I enjoyed it. 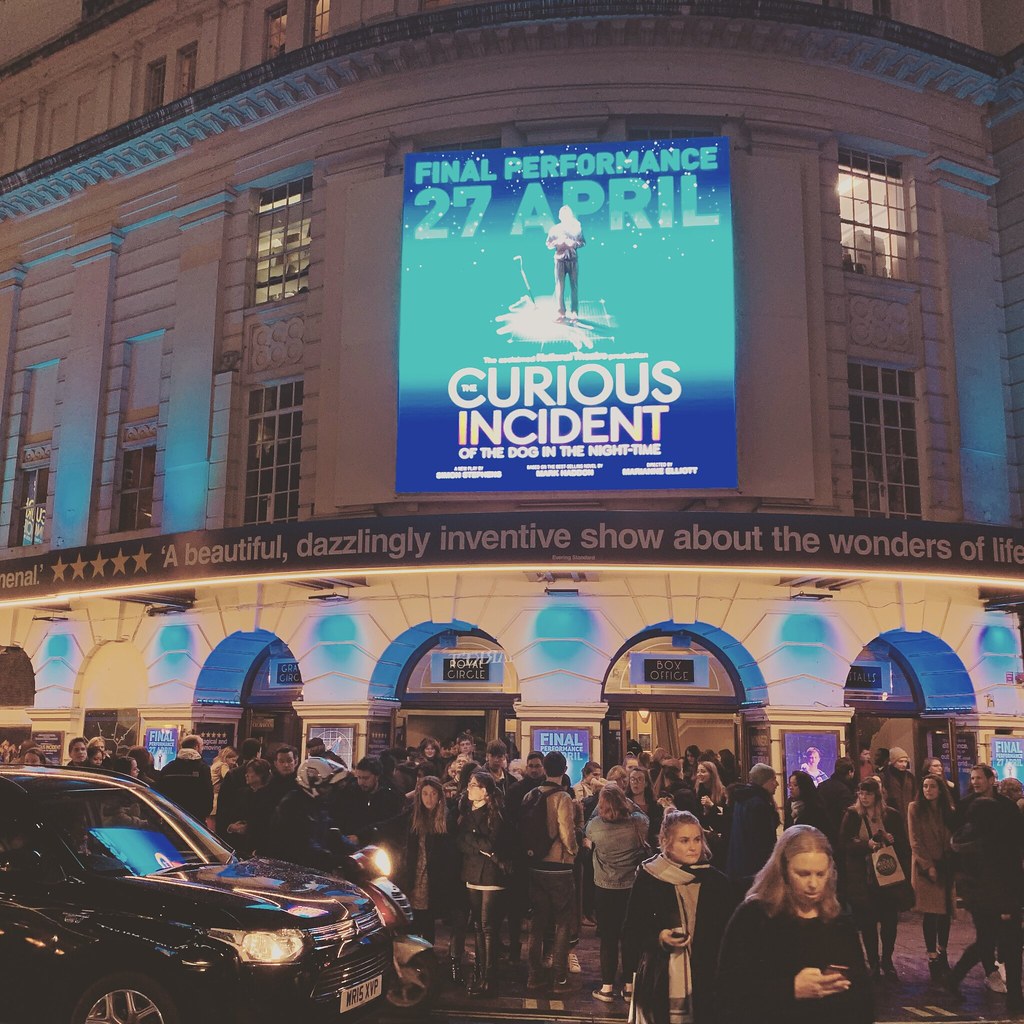