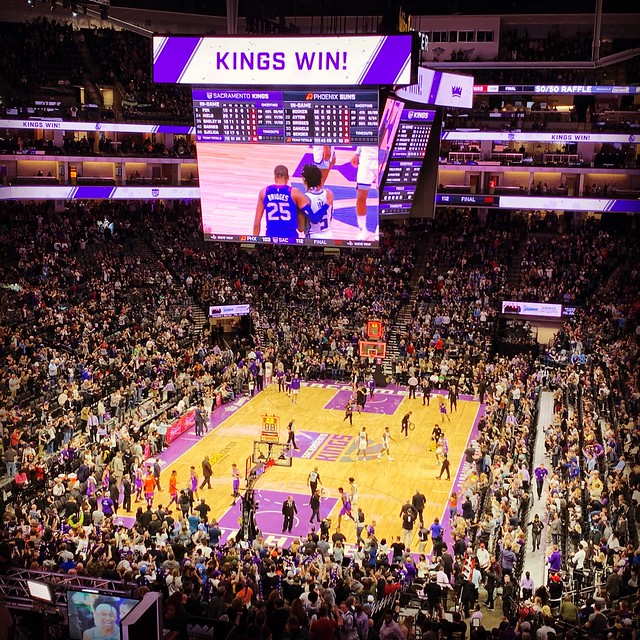 I went to the Sacramento Kings versus Phoenix Suns NBA basketball game with a group from work [Matt, Bruce, Brian, Sean and Danny]. Trailing by 10 or more for most of the first half, the Kings outscored the Suns by 10 points in the third quarter to lead by 79 to 75 at the end of the third quarter. They won the game by the score of 112 to 103.

Hield made 7 of 14 from beyond the arc, giving him 245 3-pointers this season. That surpassed the mark of 240 set by Peja Stojakovic in 2003-04. Stojakovic is now an assistant general manager with Sacramento.

Jimmer Fredette signed with the Suns late in the week. Watching him play for the four minutes that he was in the game, I continue to believe that Jimmer doesn't have the speed and athleticism for the NBA game.

Playing 18 minutes Cauley-Stein had no rebounds?!? As Snipes texted me, Jimmer had outbound him...