Pushing hard last week, for the first time since the first week of January, I had more than 140,000 steps in a week! 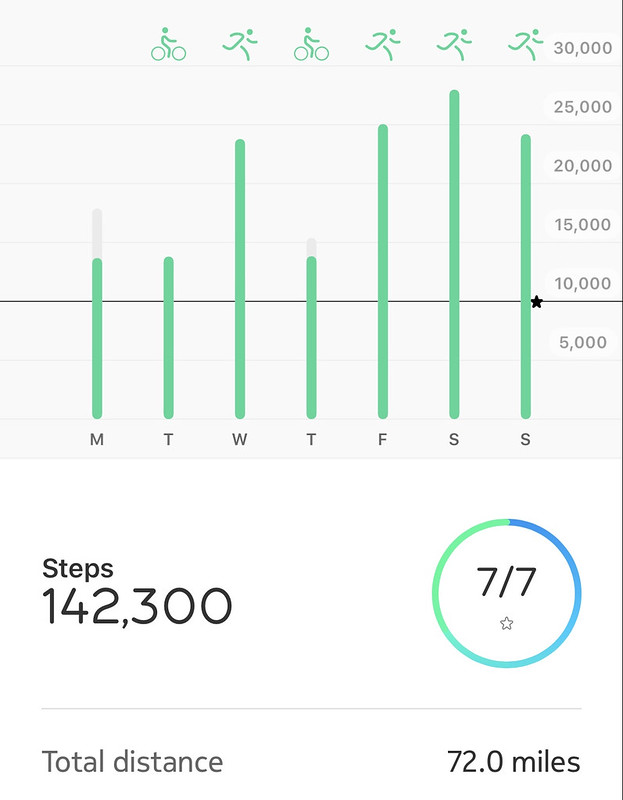