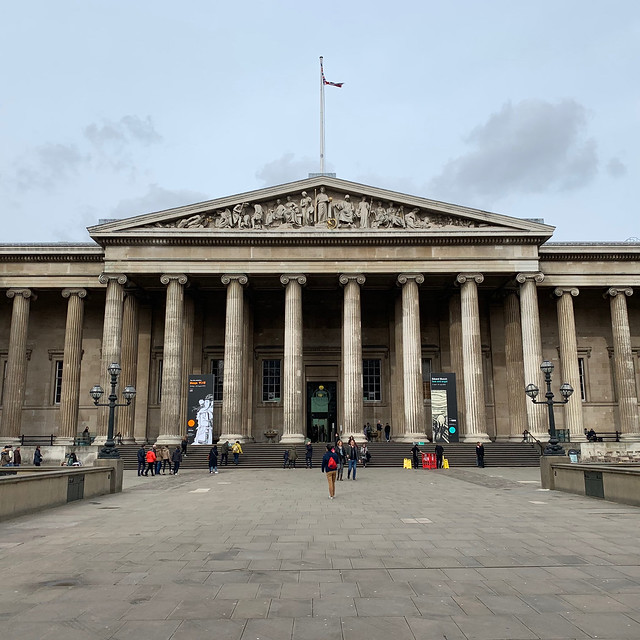 After we got home from the theater, Jack went back out to meet Charlotte. Fortunately, he didn't stay out the whole night like Saturday night/Sunday morning!

After eggs and bacon again for breakfast, I was able to get the three of us moving fairly early. The plan for the morning was the British Museum. The museum is dedicated to human history, art and culture. Its permanent collection of some eight million works is among the largest and most comprehensive in world. As you can imagine, it was widely sourced during the era of the British Empire.

I was surprised to find the Rosetta Stone. It was the key to deciphering Egyptian hieroglyphs. I was even more surprised to find an enormous room full of the Parthenon Marbles. Apparently, in the early 1800s, the Earl of Elgin removed about half of the surviving sculptures of the Parthenon, as well as sculptures from the Propylaea and Erechtheum. It is an amazing sight, but it seems like they should be in Greece, not London.

From there, we took the underground to the Tower of London stop. We wandered down the street towards the Tower Bridge and had lunch of pub food at The Pommelers Rest. 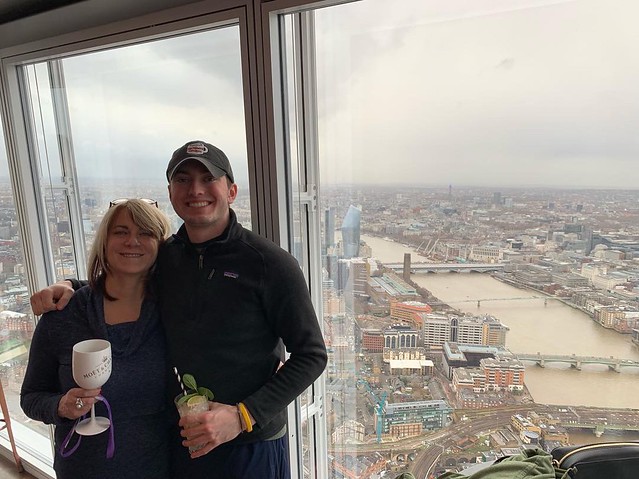 Grabbing the underground back to the apartment, we got cleaned up for dinner. We finished the day with dinner at Rib Room Bar & Restaurant located in the Jumeirah Carlton Tower. We split starters of Six Angel oysters with raspberry and shallot vinegar and Pan seared duck liver. Sharon and I had their signature dish: Roast rib of beef with Yorkshire pudding selected from Donald Russell, trusted supplier to H.M. The Queen and a Royal Warrant holder since 1984. This was billed as a traditional English dinner.

After we got back from dinner, I was feeling under the weather. I had been fighting a cold for a couple of days. Laying on the couch and channel surfing, Jack and I ended up watching Killer Elite with Jason Statham and Robert de Niro. Apparently, it is supposed to be a true story based on a book called The Feather Men. It was probably after 1:30 am by the time that I finally went to bed...
By Heringer at 3/08/2019 11:59:00 PM