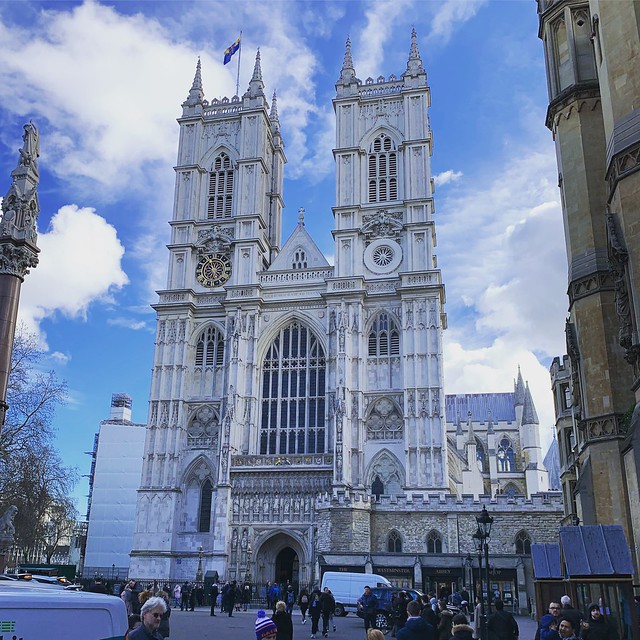 Although Jack was out late again with Charlotte, I was able to get everyone up and moving reasonably early. We had a quick bite to eat at McDonalds around the corner from the apartment.

From there, we caught the underground to Westminster Abbey. The Abbey opens at 9:30 am and we got there about 9:45 am. I was shocked at the number of people already inside. We got audio guides.

I don't think that I have ever seen a church with as many statues. Everyone and there brother appears to be buried there.

Afterwards we walked down to Downing Street and then took a couple of pictures with the Horses Guards. One of the horses bit Jack...

We continued up the street to a red line Big Bus stop. Although Sharon had really enjoyed the Big Bus in Chicago, the experience in London was not good. It took forever for the bus to show up. When it got there, it was packed. Overall, we don't recommend using it. There are easier ways to get around.

We got off the bus at the Tower of London. We wandered back towards the downtown and had lunch at BrewDog. Jack had seen the place from the bus on Monday. We all had burgers...

We spent the rest of the afternoon exploring the Tower of London. We took a Beefeaters tour. We saw the crown jewels and walked through the exhibits in the White Tower. Jack and I walked all the way around on the ramparts. Tomasin and I toured the Tower of London in 1991. I remembered it very differently. 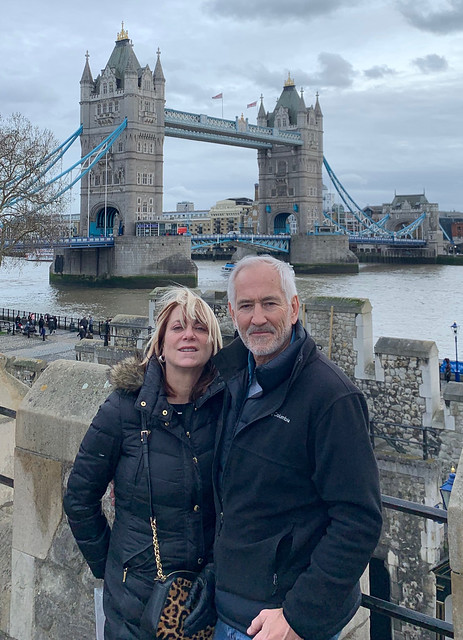 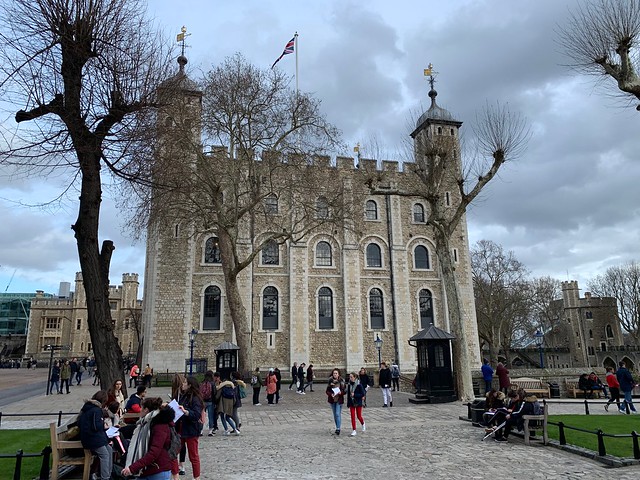 The Citycruise boats take the Big Bus tickets. After we were done at the Tower Of London, we jumped on a boat up the Thames River to the Westminster Bridge. The boat dropped us near the entrance to the underground station. We took the subway back to the apartment.

We finished the day watching the Tottenham versus Dortmund Champions League Game at the Famous Three Kings. On the strength of a Harry Kane goal, Tottenham won the game by the score of 1 to 0 and advanced to the Champions League quarterfinals.