In the beginning of the book that I am currently reading [River of the Gods: Genius, Courage, and Betrayal in the Search for the Source of the Nile], it talks about the French finding the Rosetta Stone during Napoleon's campaign in Egypt. The British subsequently defeated the France army and claimed the stone. It was transported to the British Museum.

I was surprised to see the Rosetta Stone in the British Museum when we were in London in 2019. 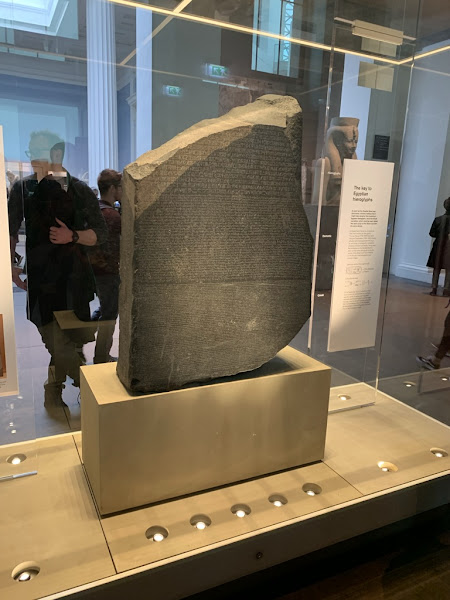