We passed this historical marker during our walk around Berkeley on Sunday morning when we went to visit Drew and Carmen. 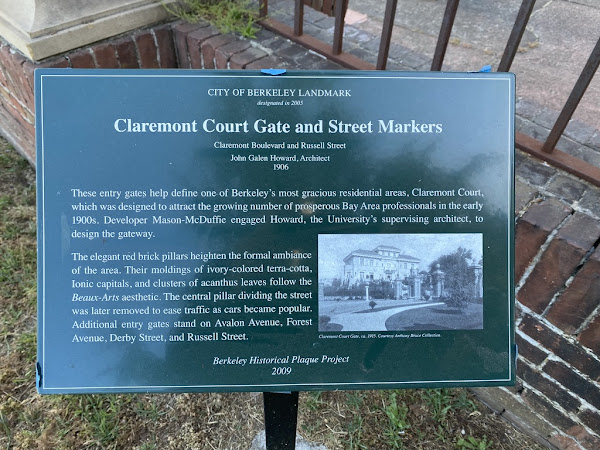 City of Berkeley Landmark
designated in 2005

These entry gates help define one of Berkeley’s most gracious residential areas, Claremont Court, which was designed to attract the growing number of prosperous Bay Area professionals in the early 1900s. Developer Mason-McDuffie engaged Howard, the University’s supervising architect, to design the gateway. 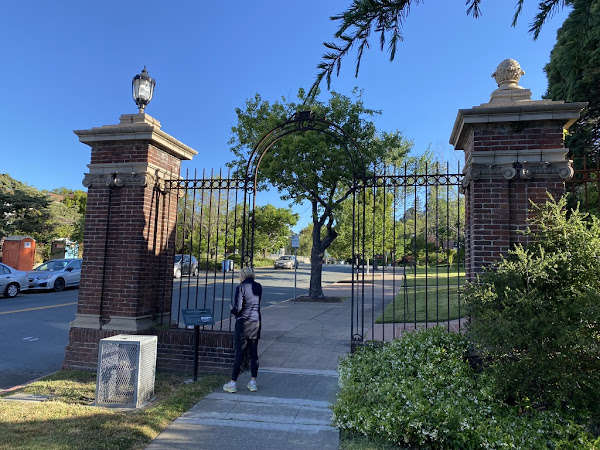